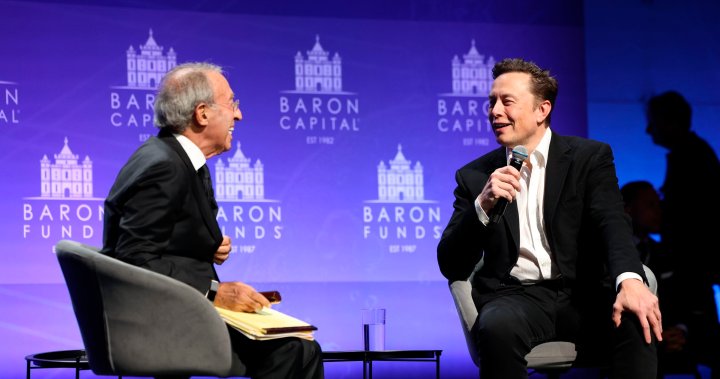 By Hyunjoo Jin and Fanny Potkin

Elon Musk sent a message to Twitter staff telling them that they had until Thursday to consider whether they wanted to stay on for “working long hours at high intensity” or take a severance package of three months pay.

Musk told Twitter employees that anyone who had not clicked on a link confirming “you want to be part of the new Twitter” by Thursday evening New York time would be considered to have quit.

“Whatever decision you make, thank you for your efforts to make Twitter successful,” the message said.

A copy of the message, which was reported by The Washington Post, was reviewed by Reuters. A person who had received the message at Twitter confirmed its content.

“Going forward, to build a breakthrough Twitter 2.0 and succeed in an increasingly competitive world, we will need to be extremely hardcore,” the message from Musk said. “This will mean long hours at high intensity. Only exceptional performance will constitute a passing grade.”

9:22
Why Twitter Blue subscriptions were paused amid Elon Musk takeover


Musk said Twitter would be “much more engineering-driven” under his leadership, adding that “those writing great code will constitute the majority of our team and have the greatest sway.”

Twitter laid off half of its workforce earlier this month shortly after Musk took control of the social media company. Musk has criticized Twitter’s spending and work culture and said the company needs steep cost cuts and a reboot of its services.

Some Twitter employees who had criticized Musk publicly tweeted earlier that they had been let go.