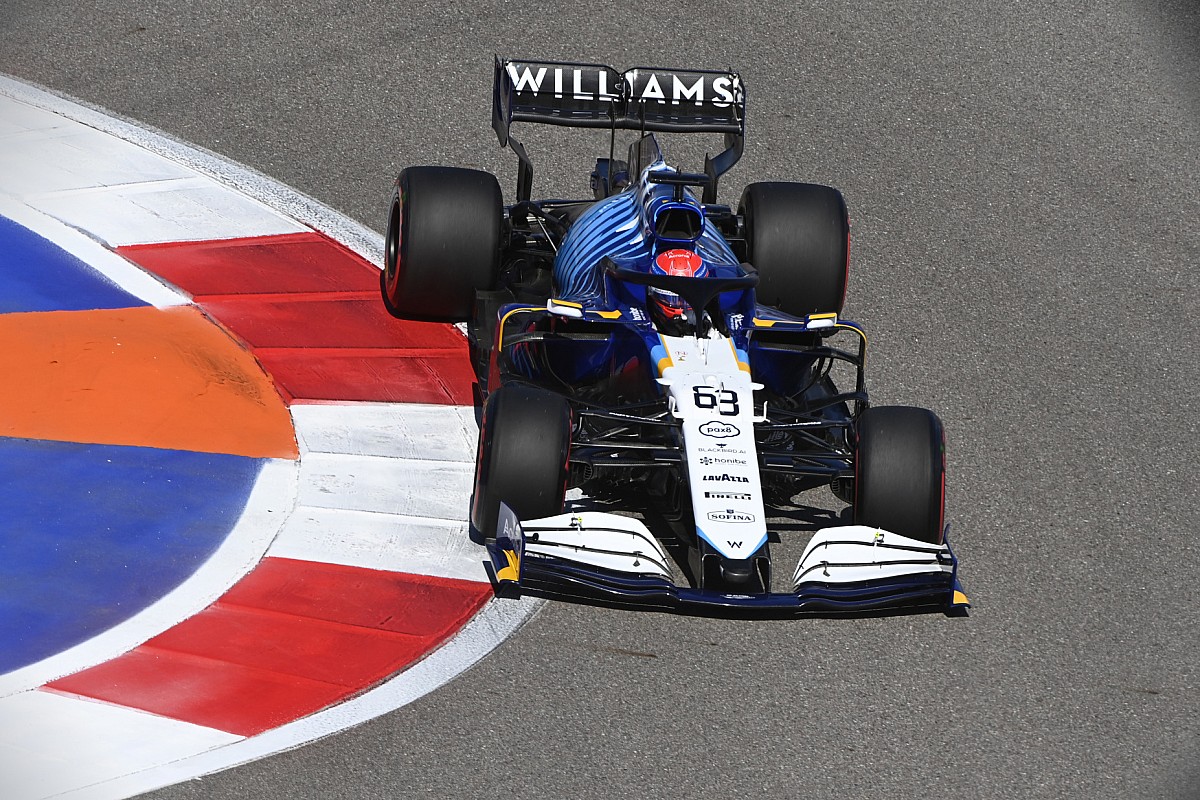 Russell claimed his maiden grand prix victory on Sunday at Interlagos, controlling proceedings from the front of the pack after also winning Saturday’s sprint race.

He led home a 1-2 finish for Mercedes ahead of Lewis Hamilton and gave the team its first victory of the season, snapping a win drought that dated back to last December’s Saudi Arabian Grand Prix.

The win only furthered Russell’s status as a future star in F1, having stepped up to a Mercedes seat for 2022 after spending three years with Williams.

Russell has been part of the Mercedes junior programme since 2017, and was supported in his charges to the GP3 and Formula 2 titles ahead of his F1 graduation in 2019.

Reflecting on Russell’s rise after his Brazilian Grand Prix victory, Wolff spoke of his first meeting with the British driver when he pitched to join the team’s academy.

“I thought about it at the end of the race, when he walked in as a 16-year-old with his suit and his tie and his PowerPoint presentation,” said Wolff. “He’s the first of our new junior programme that has won a race.

“Obviously Lewis has been there forever, and is the most successful of the ones that have graduated from our junior academy. But six years later, [Russell is] a grand prix race winner. We’ve always set hard targets. You’ve got to win GP3, you’ve got to win F2, and he did that in his rookie seasons.

“And then I guess at Williams, it was the best schooling he could have had, maybe a year too long.

Russell was promoted into a Mercedes seat for 2022 at the expense of Valtteri Bottas, who had spent five years with the team racing alongside Hamilton, forging a successful partnership that yielded five constructors’ titles.

Russell signed a three-year contract upon joining Williams for the 2019 season, and helped lift the team from being a distant backmarker to contending for points again, as well as scoring its first podium in four years at last year’s rain-shortened Belgian Grand Prix.

Bottas was always handed rolling one-year contracts during his time at Mercedes, and landed a drive at Alfa Romeo for 2022 following confirmation of his exit.