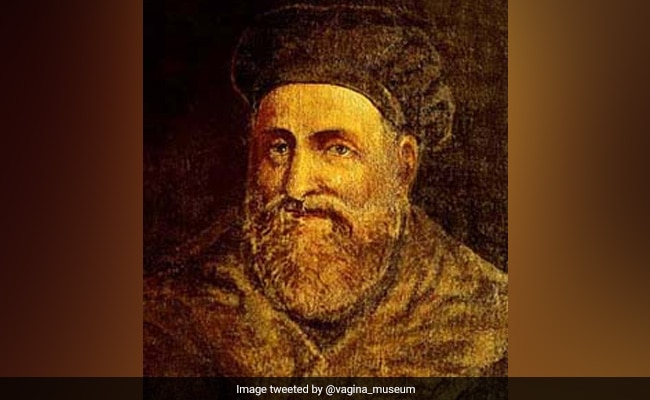 Gabriele Falloppio, the namesake of the Fallopian tubes, the tubes between the ovaries and the uterus.

A lot of female anatomical parts have been named by and after men. On November 19, on the occasion of International Men’s Day, Vagina Museum, which is the world’s first bricks and mortar museum dedicated to vaginas, vulvas and the gynae anatomy, based in London, posted a series of tweets explaining how all reproductive parts have been named after men. They claimed that “no parts of the gynaecological anatomy were named after women”.

The thread starts with fallopian tubes, which are the tubes between the ovaries and the uterus, which were named after Gabriele Falloppio. The tweet states, “Falloppio found himself caught up in a row with fellow anatomist Realdo Colombo about who had discovered the clitoris (in fact, neither of them had), which raged for years after both men had died.”

Caspar Bartholin The Younger is the namesake of Bartholin’s glands, which are also called greater vestibular glands. “Bartholin came from a dynasty of scientists, and sometimes the discovery of the gland is mistakenly credited to his grandfather, Caspar Bartholin the Elder, who left medicine to become a theologist,” another tweet states.

Graaf himself pointed out he wasn’t the first to describe them and others had noticed it before.

The thread further states that Ernst Grafenberg, who is credited for inventing the first IUD, is the namesake of the G-spot, the sensitive spot on the front wall of the vagina. The pouch of Douglas, a region where the peritoneum spreads between the rectum and uterus, is named after James Douglas. It’s also known as the “rectouterine pouch.” Douglasitis, a Douglas abscess, the Douglas fold, the Douglas line, the Douglas septum are also named after him.

The son of a shoemaker, Müller was originally going to become a saddler. He then went to college to become a priest, discovered a gift for research, pivoted to medicine, and ended up writing in the fields of anatomy, physiology, comparative anatomy, herpetology AND ichthylology.

Since being shared, the Twitter thread has received over 30,000 likes and 7,000 retweets.

Several people were surprised with this revelation. One user wrote, “Disappointed, but not surprised.”

“No parts of the female reproductive system is named after a woman but PLENTY are named after men and it doesn’t sit right in my heart. My fallopian tubes are now called Sarah and Susan respectively,” said another user.

“I’m uncomfy with how my genitals is named by only men..,” commented a third user.