Skip to content
In a horrific incident, a six-year-old was found dead in Uttar Pradesh’s Kanpur on Sunday. According to the police statement, the minor girl was gangraped and killed by unknown men in a forested area in the city. Revealed chilling details about the incident, the police have now said the girl’s lungs were taken out by the killers. Commenting on the incident, ASP (Rural) Brajesh Srivastava said the accused had removed her lungs and delivered those to key conspirator Parshuram Kuril to perform black magic, believing that it will help a woman give birth to a child.

It’s 11 weeks since thousands of citizens of the Czech capital, Prague, sat together at a 500meterlong table on the medieval Charles Bridge to say goodbye to the coronavirus pandemic and celebrate a return to almostnormal life.

UAE Announces Emergency Approval For Use Of COVID-19 Vaccine

The United Arab Emirates on Monday granted emergency approval for use of a coronavirus vaccine, six weeks after human trials in the Gulf Arab state started. 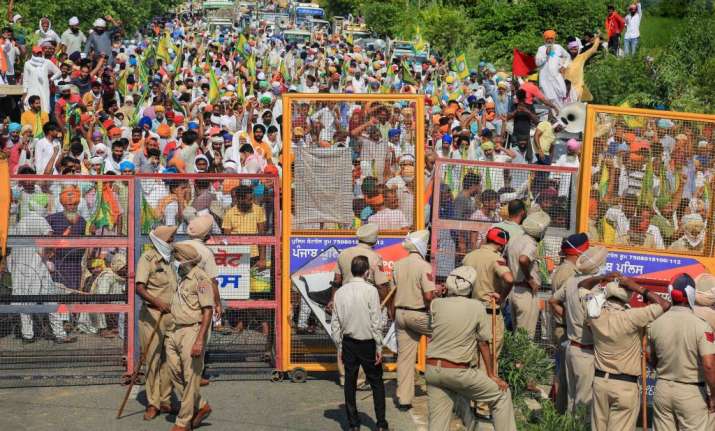 A number of farmers’ bodies have announced a nationwide road blockade on November 5 against the new farm laws of the Centre. A “Delhi Chalo” protest has also been planned for November 26-27. According to a statement issued by the All India Kisan Sangharsh Coordination Committee, major farmer federations with over 500 constituent organisations, including the entire working group and state chapter representatives of the AIKSCC and the federations led by farmer leaders Balbir Singh Rajewal of BKU (Rajewal) and Haryana BKU chief Gurnam Singh, met at Delhi, where various decisions were taken on Tuesday. It was decided that there shall be a complete coordination of various farmers’ outfits “to spearhead the fight against three anti-farmer, anti-people farm laws and the Centre’s proposed Electricity (Amendment) Bill 2020.