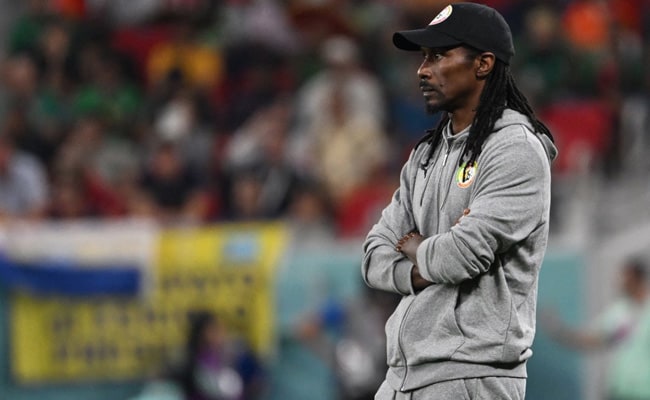 Aliou Cisse during the Senegal vs the Netherlands football match at FIFA World Cup. (AFP)

A photo of Senegal football coach Aliou Cisse is going viral on social media. Reason? Several users have pointed out that he looks like American rapper Snoop Dogg. And a tweet showing Cisse during his team’s match against the Netherlands at the FIFA World Cup proves that. The tweet has a photo that shows the Senegal coach, wearing a cap, watching the game with a stern look. The photo has even grabbed the attention of Snoop Doog who reacted to it with a football emoticon.

“Why is @SnoopDogg the coach of Senegal?” reads the tweet posted by a user named Max.

The tweet also started a debate on the social media platform.

“Not every black man with braids is snoop dogg pls,” one user tweeted. “Respect Aliou Cisse,” commented another.

Late goals by Cody Gakpo and Davy Klaassen gave the Netherlands a 2-0 victory over African champions Senegal on Monday on their return to the World Cup stage.

With Senegal missing injured star man Sadio Mane and the Dutch without their main attacking threat Memphis Depay at kick-off, the Group A encounter in Doha looked set to end in a goalless draw. But with just six minutes remaining PSV Eindhoven forward Gakpo got up in front of Senegal goalkeeper Edouard Mendy to head in a floated Frenkie de Jong cross from the left.

The result leaves the Netherlands level at the top of the group with Ecuador, who beat hosts Qatar 2-0 in the tournament’s opening match on Sunday.

Election Campaigning Not Allowed In This Gujarat Village