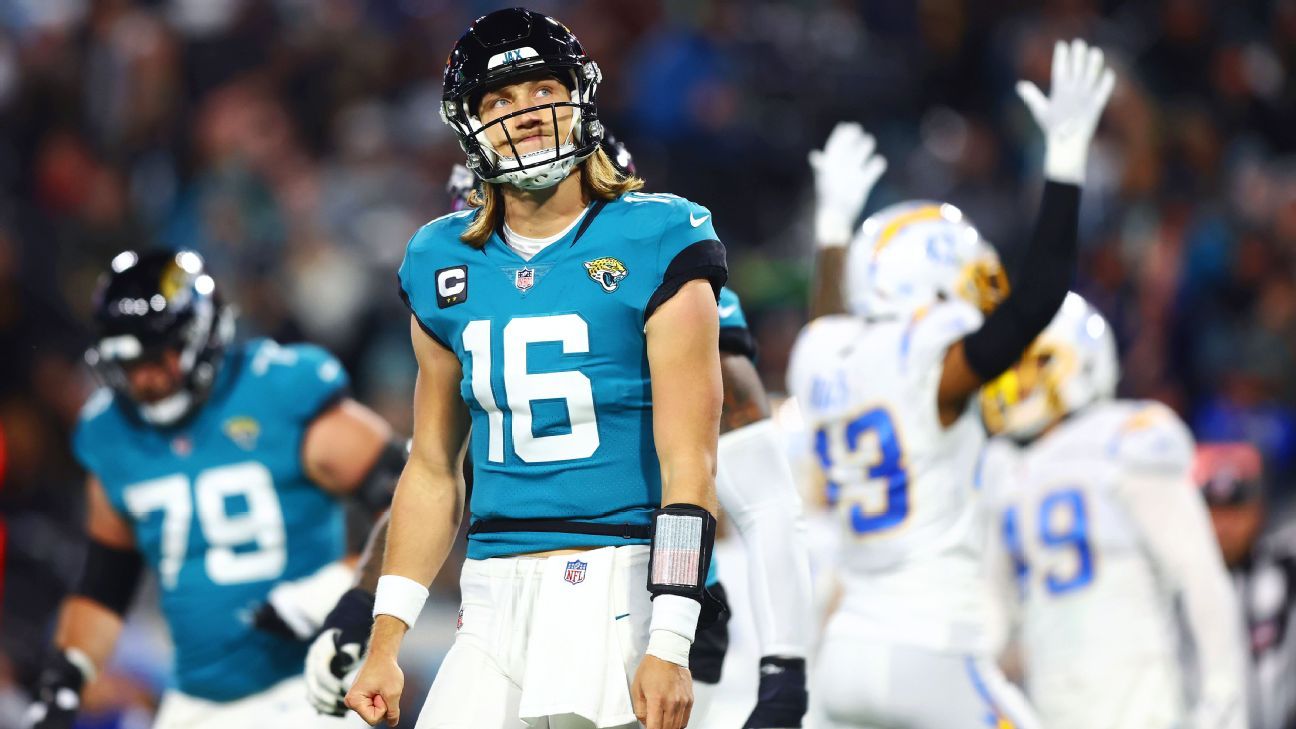 .@Chargers INT on the second play of the game! #SuperWildCard

Silencing a raucous crowd at TIAA Bank Field on the second play of the game, linebacker Drue Tranquill intercepted a pass by Lawrence that running back Austin Ekeler converted into a 13-yard score two plays later.

A lightning fast start for the @chargers on #SuperWildCard

On the ensuing series with 10 minutes left in the first quarter, the Jaguars were attempting to convert on fourth-and-7 at the Bolts’ 33-yard line when corner Asante Samuel Jr. made an aggressive move to intercept Lawrence, who had only two interceptions in the previous nine games combined. The Chargers eventually kicked a field goal on the ensuing drive to take a 10-0 lead.

THREE INTs in the first quarter for the @Chargers defense!

Later in the first quarter, Samuel, a second-round pick in 2021, continued to wreaked havoc for Lawrence. After a breakup on a deep pass attempt, Samuel intercepted Lawrence for a second time and — déjà vu– Ekeler converted the takeaway into a six-yard rushing touchdown two plays later to give the Bolts a commanding 17-0 lead.

The second quarter did not get any better for Lawrence, as Samuel nabbed a third pick. Lawrence had completed four passes and thrown four interceptions, three to Samuel — who has caught more passes from Lawrence than any player on his own team.

ASANTE SAMUEL JR’S THIRD INT OF THE HALF! #SuperWildCard

Samuel is the first player with three defensive interceptions in a playoff game since Ty Law and Ricky Manning each did it on Jan. 18, 2004 for the Patriots (vs. the Colts) and Panthers (at the Eagles), respectively.