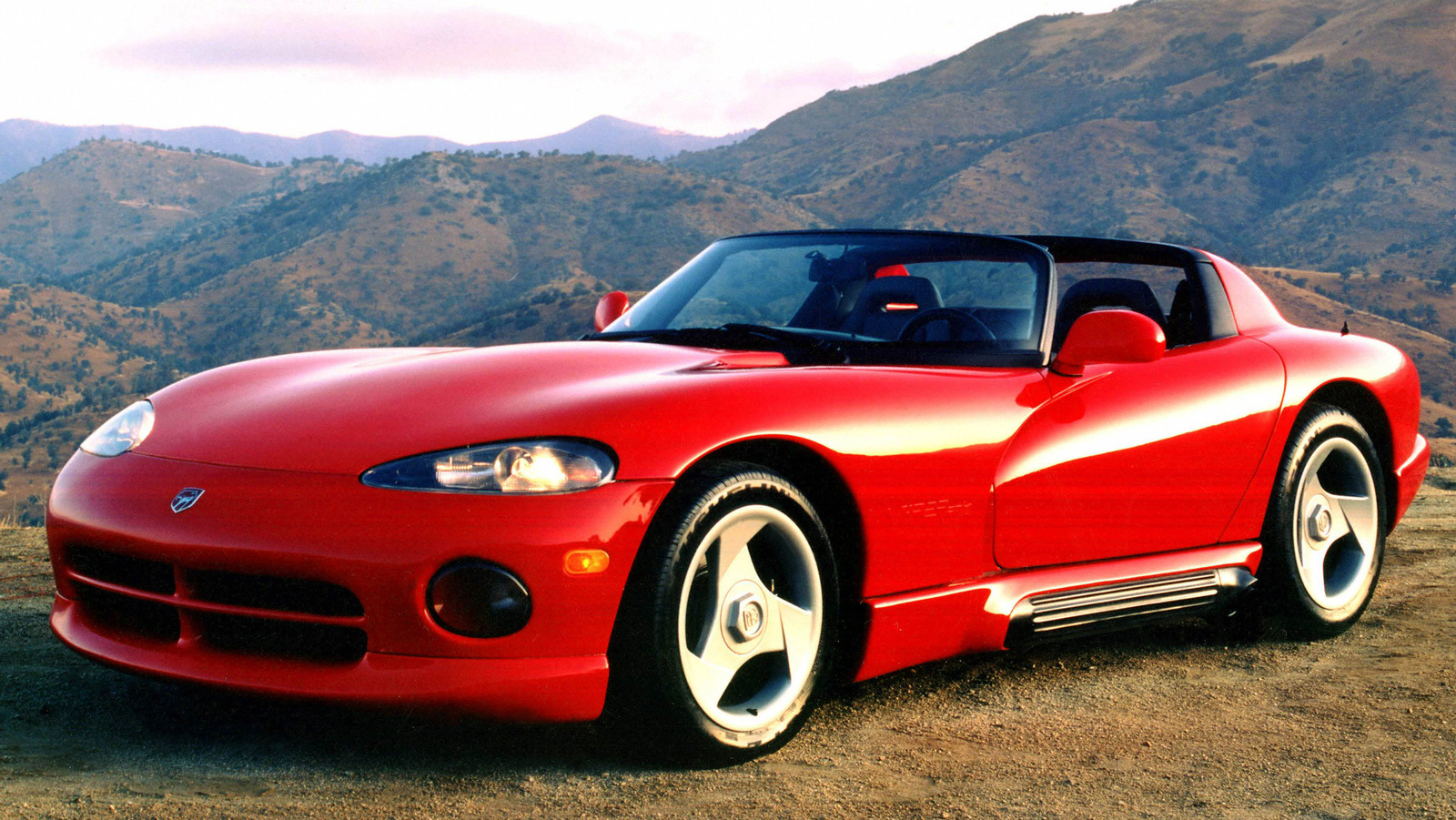 The first Dodge Viper from the early 1990s was quite possibly one of the wildest cars to come from a major manufacturer. It looks like it was built by someone in their garage, and not from the same company that invented the minivan just a few years prior. Right from the factory, the 1992 Dodge Viper R/T 10 had no side windows. That’s not a mistake from Dodge or an option for racing, it just didn’t have any. It lacked a proper roof, too. It was only a thin layer of hubris between the driver and the wild blue yonder. It did come with a sheet of canvas to drape on top of the car in case the driver was caught in the rain. But driving in the wet was probably not a great idea in the Viper, as it didn’t have anti-lock brakes or traction control. You do have a radio, so at least there’s that (via Car and Driver).

The real cause of the Viper’s insanity was its powerplant: An 8-liter V10 that would look more at home in a World War 2 fighter plane than a sportscar — which didn’t even have AC. It produced over 400 horsepower, and in 2022, 400 doesn’t seem like a lot. 30 years ago, 400 horsepower meant you were the apex predator. That predatory power was rare, too, as Dodge made just 285 Vipers during the first year of production (via MotorTrend).