Six Houses on the Hillside / 226 arquitectos 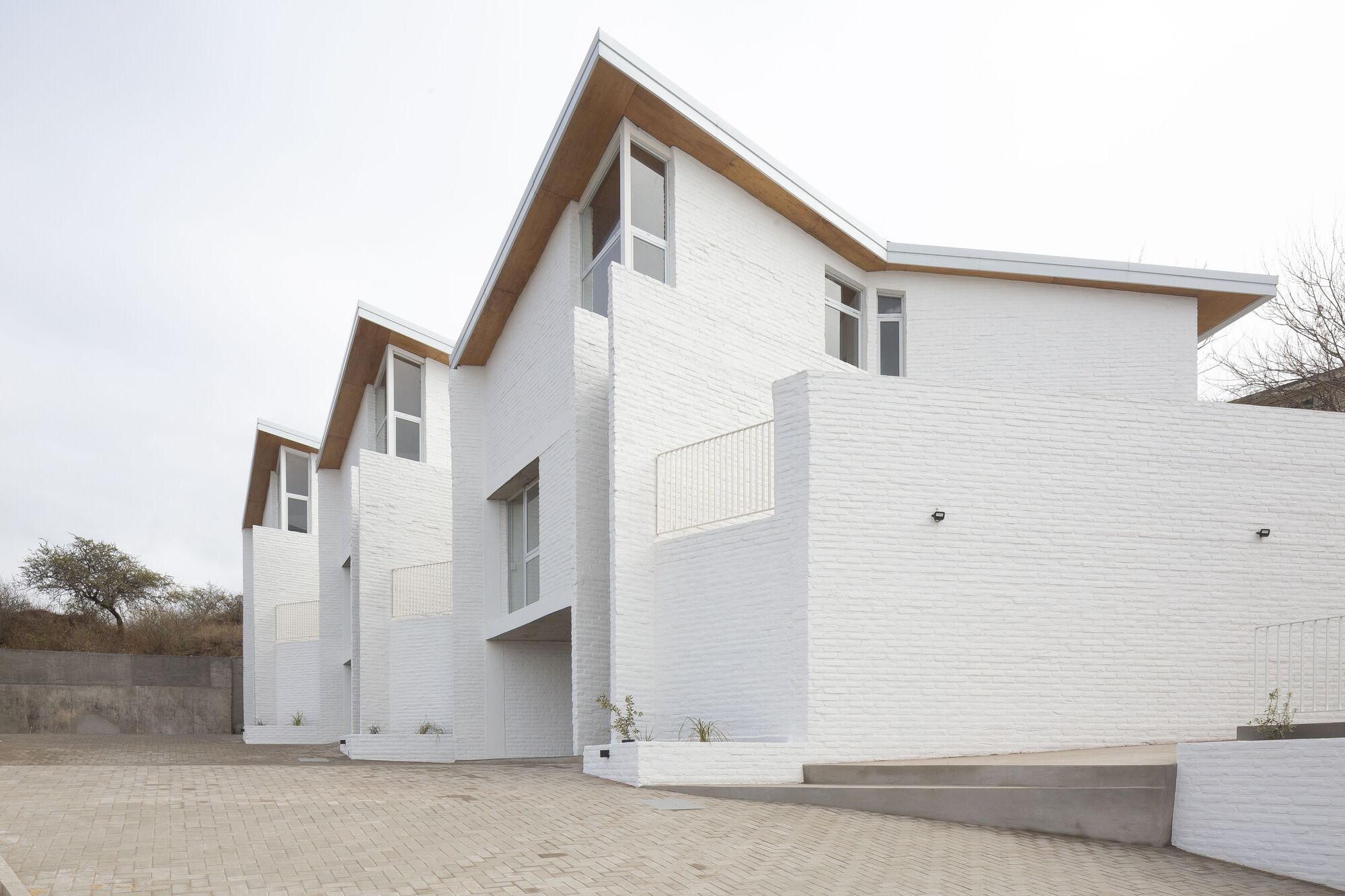 Six Houses on the Hillside / 226 arquitectos

Text description provided by the architects. The project is located on the edge of the city, a place of transition between the end of urbanity and the mountain landscape. As in all the mountains of Córdoba, in this place time seems to slow down and give space to the perception of the senses in a slow, reflective manner. This project seeks to enhance these sensations through the contemplation of the mountain.

The lot had a marked slope with two recognizable levels on which to settle. On these levels, the houses are supported perpendicular to the street. To the south, the project assumes a vertical condition, rising above its neighbors and seeking the best views. To the north is the area of greatest daytime use, in relation to the patio and the sun.

The empty space generated between the units is determined by the geometry of the set that repeats a straight line and a successive break. In this way, the space is compressed and dilated in a similar way to what happens inside houses. The separation of the units favors the free movement of the wind and the runoff of rainwater between levels, as occurs in the mountains and prior to construction.

Regardless of the possibility of creating one more unit in the project, it was decided to leave a space for community use equipped with children’s games, tables for reading and at its highest point a place to make a fire to connect with the primitive.

The materiality of walls was made with common brick, obtaining an irregular texture that highlights the incidence of light. The horizontal planes such as slabs and floors were resolved in exposed or polished concrete, with the idea of being as neutral as possible.

The concrete structure, made of beams and chained columns, sometimes becomes evident, while in other situations it remains within the walls.  The white color used on the walls unifies the parts into a whole. The roof is composed of several constructive entities: the sinusoidal sheet as the upper covering, a thermal insulation space composed of a double layer of Eucalyptus laminated wood (phenolic type), while the tie-rod structure remains inside the thermal chamber generated and whose lower part becomes valuable as an expressive material in the space.