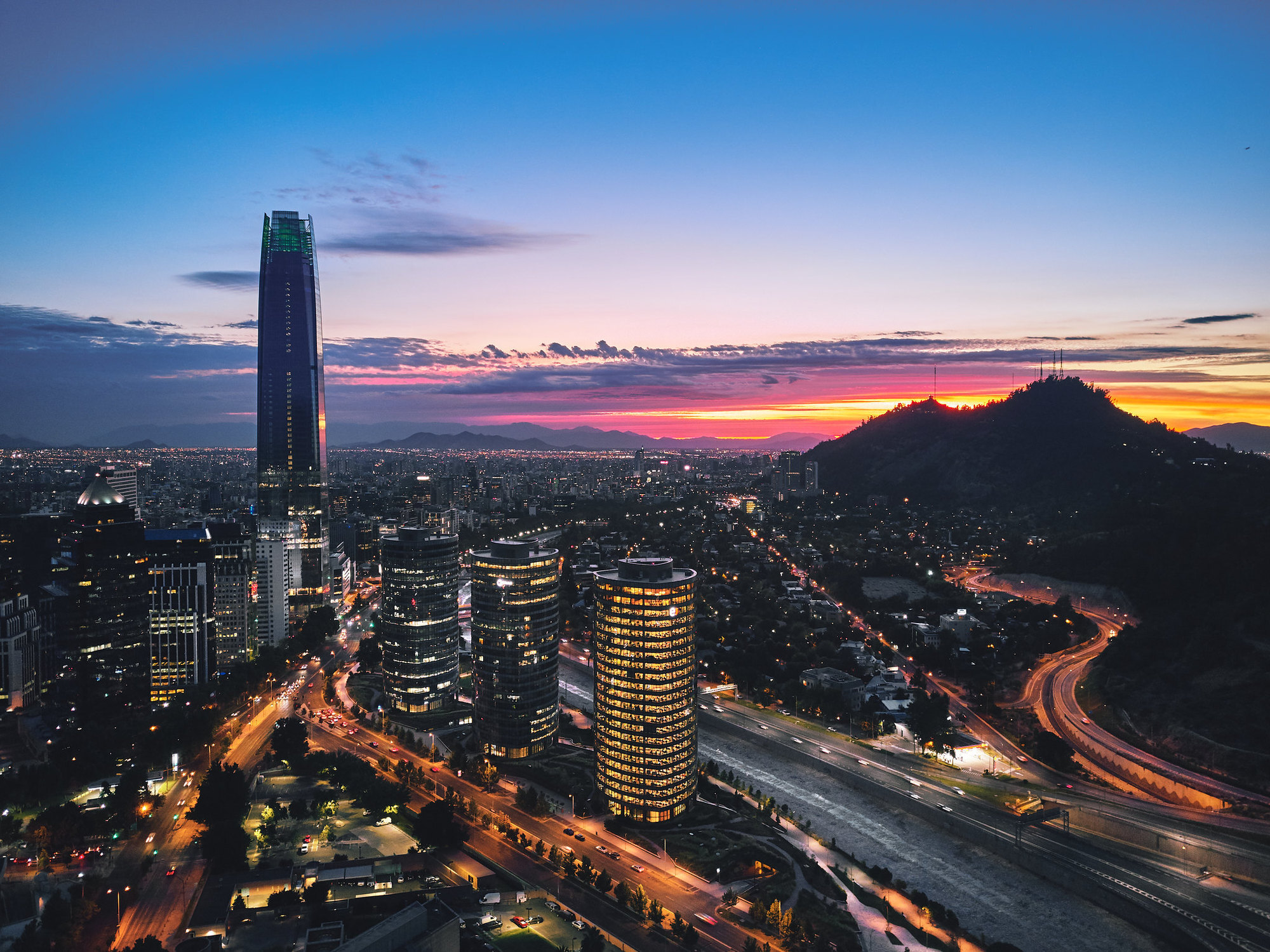 Founded in 1541 by the Spanish conquistador Pedro de Valdivia on indigenous settlements in the valley of the Mapocho River, Santiago is the capital and most populated city of Chile. This South American city is enframed by the Andes Mountains to the east and the Chilean Coast Range to the west, in addition to 26 island hills (cerros islas) scattered throughout the city. Some of these island hills have been converted into urban parks, such as Santa Lucía and San Cristóbal, while Chena, Calán, and Renca are in the process of expansion.

The almost three centuries of Spanish domination of what is now known as Chile defined an austere colonial architecture on the grid plan of Santiago: one or two-story houses, adobe walls, tile roofs, and rooms around interior corridors and patios.

After the Chilean independence process that started in 1810—and thanks to the exploitation of saltpeter, copper, and coal during the mid-century— the new republic and its elite promoted a Neoclassical architecture that reflected the economic and cultural transformations that Chile was experiencing. This included the civilizing urban project of Santiago promoted by Benjamín Vicuña Mackenna between 1872 and 1875.

In 1910 the celebrations for the Republic centenary materialized in the construction of large infrastructures and public works that reinforced the image of a triumphant national identity, in stark contrast with “the birth of urban marginality, the housing deficit, and the emergence of the proletariat and bourgeois middle class,” as Chilean theoretician Max Aguirre puts it.

Since the inauguration of the Oberpaur building in 1929, the modern movement shaped Chilean architecture in the 20th century. Initially disseminated by young architects in contact with the European and American avant-garde through private commissions, the modern movement in Chile was adopted by a vision of a welfare state, planning, and industrialization process until the 1970s. The military dictatorship between 1973 and 1990 relegated architects to the design of second homes and commercial architecture, highlighting the appearance of Caracoles Comerciales (snail-shaped shopping centers) before the emergence of the mall. The Santiago architecture scene in recent decades focused on the development of large glazed projects of cosmopolitan intent in financial neighborhoods such as Sanhattan and Nueva Las Condes, in addition to the design of public works and spaces for state initiatives such as the Plan Bicentenario (Bicentennial Plan).

In addition to the works and places presented here, we also recommend visiting the Lastarria, Italia, Concha y Toro, Biobío, Yungay, and Nueva Las Condes neighborhoods; the inner gallery network of downtown Santiago; and the public art network of the Santiago Metro, including the mural “Visual Memory of a Nation” by Mario Toral at the Universidad de Chile subway station.

Renovation of the Chilean Museum of Pre-Columbian Art / Smiljan Radic

You can visit our list of Architecture City Guides.