Skip to content
After the stellar performance in the Bihar Assembly polls and the bypolls to various state Assemblies, the Bharatiya Janata Party (BJP) on Wednesday celebrated the triumph at its headquarters in Delhi’s Deen Dayal Upadhyay Marg on Wednesday. The NDA won a total of 125 seats (122 needed to claim the majority) out of the 243 constituencies in the Bihar Election. BJP emerged as the second single largest party, winning 74 seats, just one short of RJD which won 75. The NDA alliance is all set to form the next government in Bihar under the leadership of Nitish Kumar once again. The BJP also performed well in Bypolls that took place across 11 states. BIHAR ELECTION FULL COVERAGE

Posted on October 5, 2020 Author mseal08@gmail.com
The head of emergencies at the World Health Organization says its “best estimates” indicate that roughly 1 in 10 people worldwide may have been infected by the coronavirus. The estimate, which would amount to more than 760 million people based on the current world population, far outstrips the number of confirmed cases as tallied by both WHO and Johns Hopkins University.

Barbados should become a republic and leave its colonial past behind, a top official said on Wednesday, after the Caribbean island nation said it wants to remove Britain’s Queen Elizabeth as its head of state. 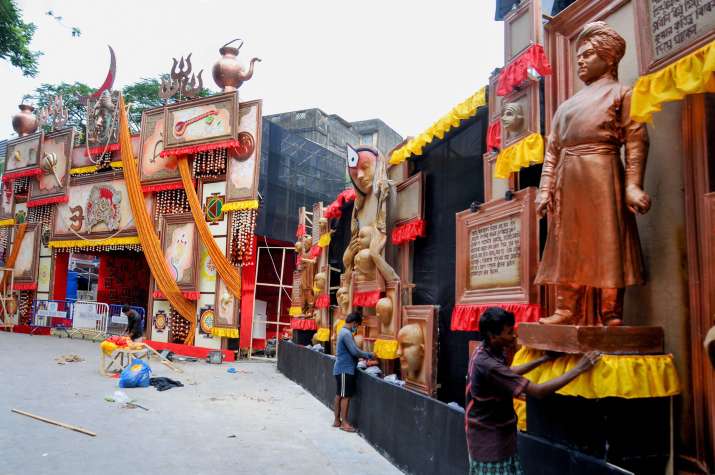 In what would disappoint the people of Bengal, the Calcutta High Court on Monday ordered that all Durga Puja pandals across the state be declared no-entry zones to prevent the spread of COVID-19. A division bench of the high court comprising Justice Sanjib Banerjee and Justice Arijit Banerjee, hearing a public interest litigation, said that no visitors will be allowed to enter the pandals.