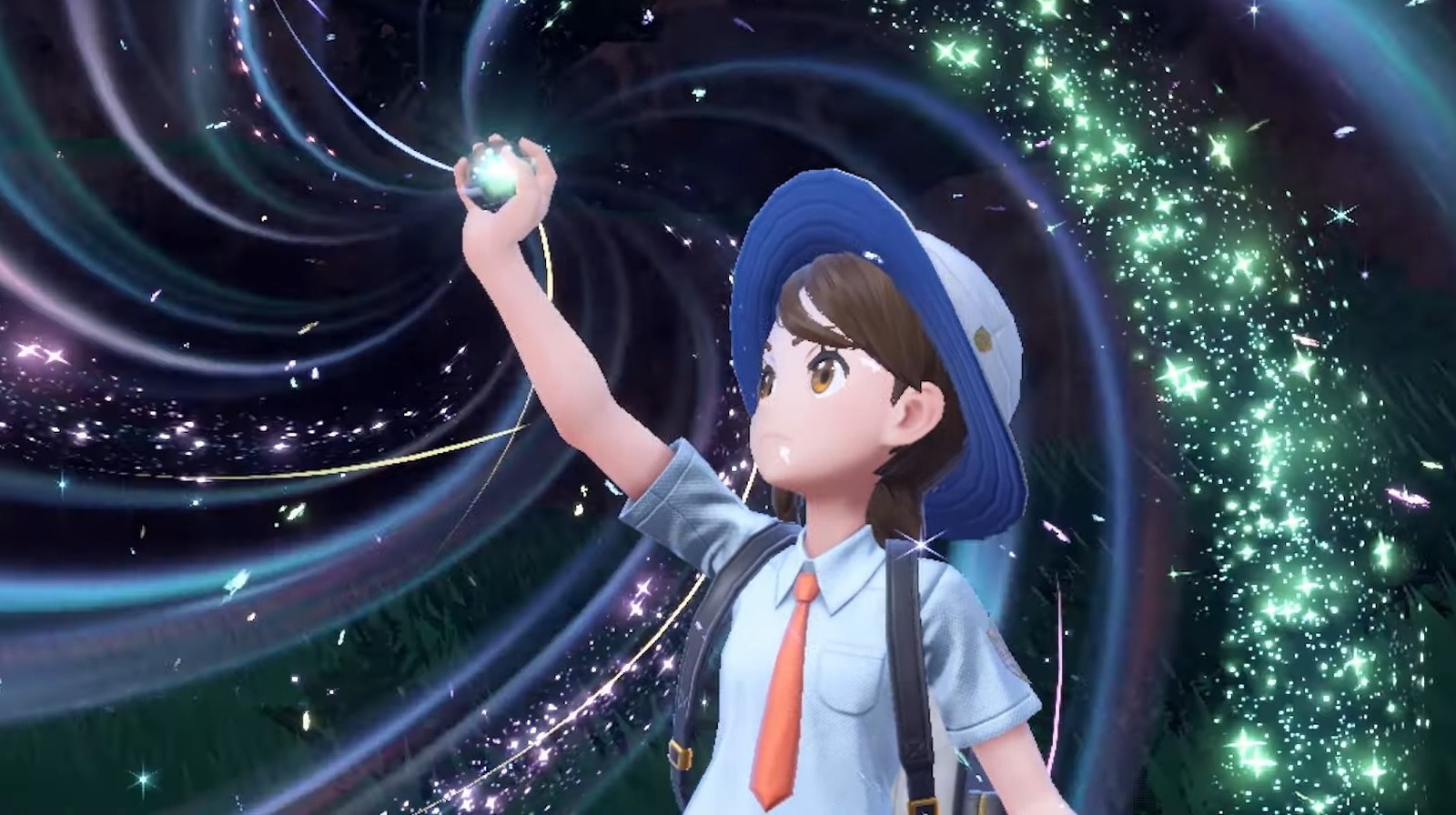 “Pokémon Scarlet and Violet” takes a spin on the usual plotline that we’ve all played through in the previous generations, although the premise is still similar. Instead of being a Pokémon trainer setting off on an adventure to collect gym badges, the player starts out as a student enrolled at a Pokémon academy in the new region of Paldea. You’ll be battling fellow students, and your greatest enemy might just be a group of troublemakers that interfere with the school, this time called Team Star.

The trailer also shows off how each game’s legendary Pokemon, Miraidon and Koraidon, can help the player by seemingly replacing a whole lot of hidden machines (HMs) that were used in previous games. The player can be seen both riding and flying on the legendary beast, exploring tall mountains and vast plains alike. In addition, we’re once again introduced to the upcoming starters: Fuecoco, Sprigatito, and Quaxly, as well as the pig-like Lechonk, a puppy made out of dough (Fidough), and underwater beast-like Cetitan.

Lastly, the trailer pays a great deal of attention to the concept of Terastallization. Terastallization can be performed by all Pokemon, and some of them will change their type when they do it. Players will be able to participate in multiplayer raid battles, much like in “Pokemon Sword and Shield,” in order to defeat and capture these terestallized ‘mons. Make sure to steer clear of spoilers if you don’t want to learn more, because apparently the game has already been leaked and screenshots are being posted online ahead of the release.