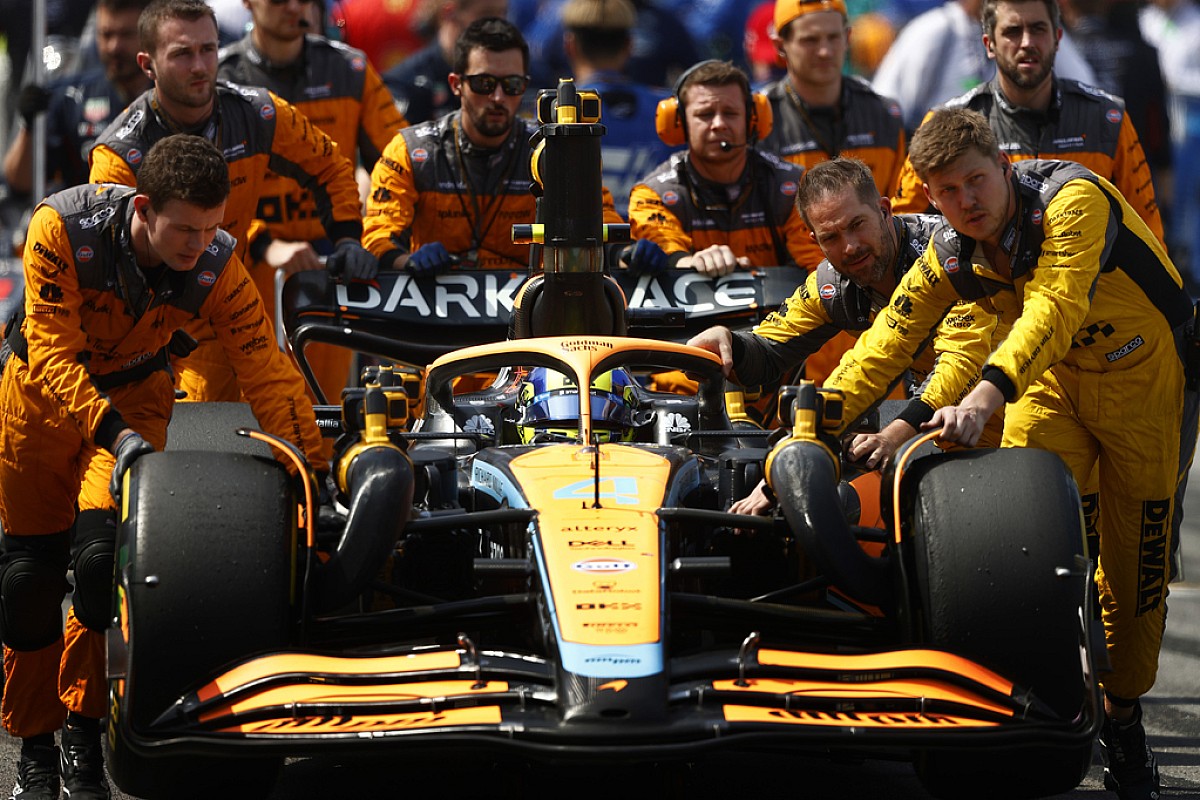 The McLaren driver missed Thursday activities at the track after experiencing a bout of food poisoning. He took part in qualifying and Friday practice, but felt unwell after the Saturday sprint.

He was given the all-clear for Sunday’s race, but he conceded that he was in some ways “lucky” to have retired with an electrical issue on the 51st lap of the 71-lap event, having started to struggle after losing nearly 4kg in body weight over the course of four days.

“I got to a point where I did start to struggle a bit physically, but then my race was over,” he said when asked by Motorsport.com about his condition.

“I’m okay, I’m getting better every day, just the last day took a big toll out of me.

“Everyone thought I was fine after Friday, because I just did a good job, and we were quick, But it was quite the opposite. So I just need to recover for next weekend.”

Asked if he was helped when the adrenaline kicked in the race, he said: “I mean already today I was a little bit better. I could have a bit of food in me before the race today, I could get some fluids in me, which is probably the most important thing on such a hot day.

“I’m sure if I didn’t break down and if I’d made the end of the race I would have been in quite a bad condition. So in a way, I’m lucky that I didn’t, but it was also a shame.”

Norris acknowledged that in the circumstances it was difficult to perform within the car, but felt he could ultimately carry out what he needed to during the sessions.

“It’s tough, I mean the first one was FP1 on Friday where there was just so much going on for my brain, and I wasn’t getting out of the way of people very well. Just small things. I don’t think today cost me anything, we were just very, very slow.

“And even yesterday [in the sprint] it didn’t gain me anything, it didn’t lose me anything. Maybe on Friday in quali there were some little mistakes and misjudgements.

“But I always felt when I was in the car and on my lap, especially on a qualifying lap, I could do what I needed to do. But through longevity, so through the sprint race, by the end I was in a very bad condition.

There were points during the weekend that Norris feared that he wouldn’t be able to take part in the race, and the Briton was thankful for the support he had received from the medical staff treating him.

“If I was like I was on Thursday throughout the weekend then I probably wouldn’t have raced for sure. I made a little bit of progress into Friday, not a lot, but luckily it was just qualifying, and qualifying I could survive with.

“If I went straight into a race on Friday I probably wouldn’t have made it. There were a couple of points on Thursday where I thought I might not be able to race, but I had a lot of support. All the doctors came to me in my hotel and stuff, so everyone gave me as much support as they could.”