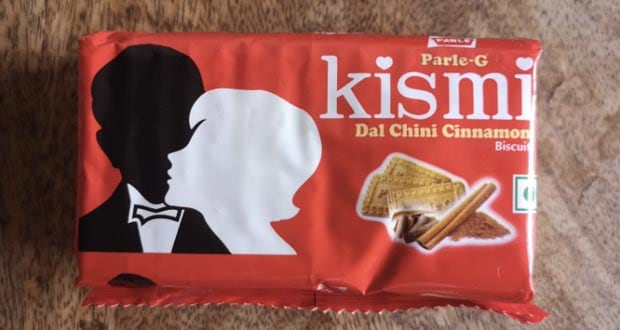 What comes to your mind when we say ‘kismi’? If you ask us, it instantly reminds us of those cinnamon toffees, packaged in a red-coloured wrapper. Parle’s Kismi has been a popular choice during the 90s. Agreed? But did you know, the toffee brand has a biscuit too with the same name? You heard us! Parle’s Kismi sells cinnamon-flavoured biscuits, which tasted great when paired with a hot cup of tea, coffee – and milk too!

A person, named Edward Anderson, recently came across this delicious biscuit and couldn’t help but gush over it on Twitter. “How have I only just found out about Kismi biscuits?? An absolute revelation! Basically the lovechild of Parle-G and Biscoff. With a cup of tea, perfection,” he wrote while sharing a picture.

Also Read: Man Gets Parle-G Instead Of His Actual Online Order, But He Ain’t Complainin’

How have I only just found out about Kismi biscuits?? An absolute revelation! Basically the lovechild of Parle-G and Biscoff. With a cup of tea, perfection. pic.twitter.com/3zJWoIou8g— Edward Anderson (@edanderson101) November 20, 2022

In no time the post grabbed several attention on social media and people started reacting to it. “Yeah it’s good, you should also try the Royale, it is normal Parle-G…,” wrote a person. Another person stated, “If you are a fan of basic sweet biscuits like these, try Patanjali’s Milk biscuits. They are of the same kind too.” A third tweet read, “Kismi used to be a sweetie (toffee as colloquially called), I remember getting *thousands* of them for a rupee! This would definitely be worth a try.”

“What?! I need to try these..! New to me, too!” commented another person. A person even asked, “Hey, where can I find this in Delhi? Tried modern stores, Krishna marche. Can’t find anywhere and no online presence too.”

Have you ever tried this yummy-looking biscuit? Do let us know in the comments below.

About Somdatta SahaExplorer- this is what Somdatta likes to call herself. Be it in terms of food, people or places, all she craves for is to know the unknown. A simple aglio olio pasta or daal-chawal and a good movie can make her day.