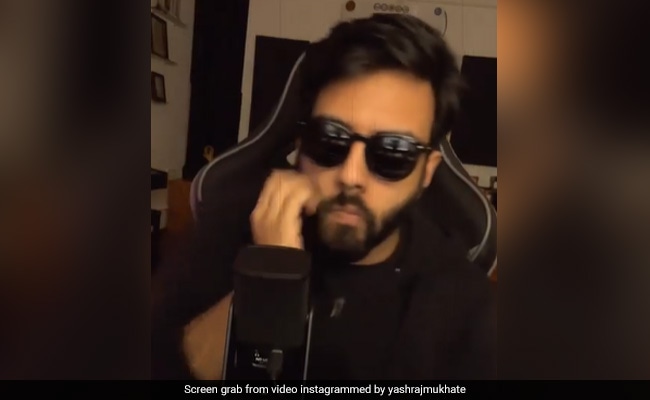 Yashraj Mukhate was inspired by a woman’s humming sound to produce his new rap song.

If there is one person who can turn a rather mundane sound into an entertaining song, it is Yashraj Mukhate. The singer and music producer enjoys enormous social popularity, thanks to his mega-viral music tracks. This time, he turned a tune sung by a woman into a song about mosquitoes. In a new video, posted on Instagram three hours back, Mr Mukhate says how the contents of a music video created by a woman sounds like mosquitoes buzzing. He then goes on to explain that he was inspired by the woman’s humming sound to produce his new rap song. And as the video suggests, Mr Mukhate composed an entire song about that annoying sound of a mosquito when it buzzes around your ear.

He shared the video, with a caption that reads, “Machcharo ko duniya se hata do yaar please (Please remove mosquitoes from the world).” Sneha Khanwalkar, the creator on whose original video the whole song is based, has also been tagged in the post.

The lyrics of the song are about the annoying sound that mosquitos make “that disturbs our sleep”. Mr Mukhate has also called the flying insect “useless and pathetic”.

Since being posted, the clip has accumulated close to 5.3 lakh views and more than 85,000 likes. Commenting on how the song is absolutely relatable, users posted a variety of comical comments, praising Mr Mukhate’s unique talent. Instagram influencer Kusha Kapila also praised the singer and proclaimed that there is no one like him.

“Even the Machchars are vibing to this,” an amused user wrote, while another commented, “Macchar community going to file a case for making a song on them without getting consent from them.” A third joked, “Mortein should sponsor this.” Yet another wrote, “Dedicating this to the mosquito who woke me up from my sleep yesterday.”