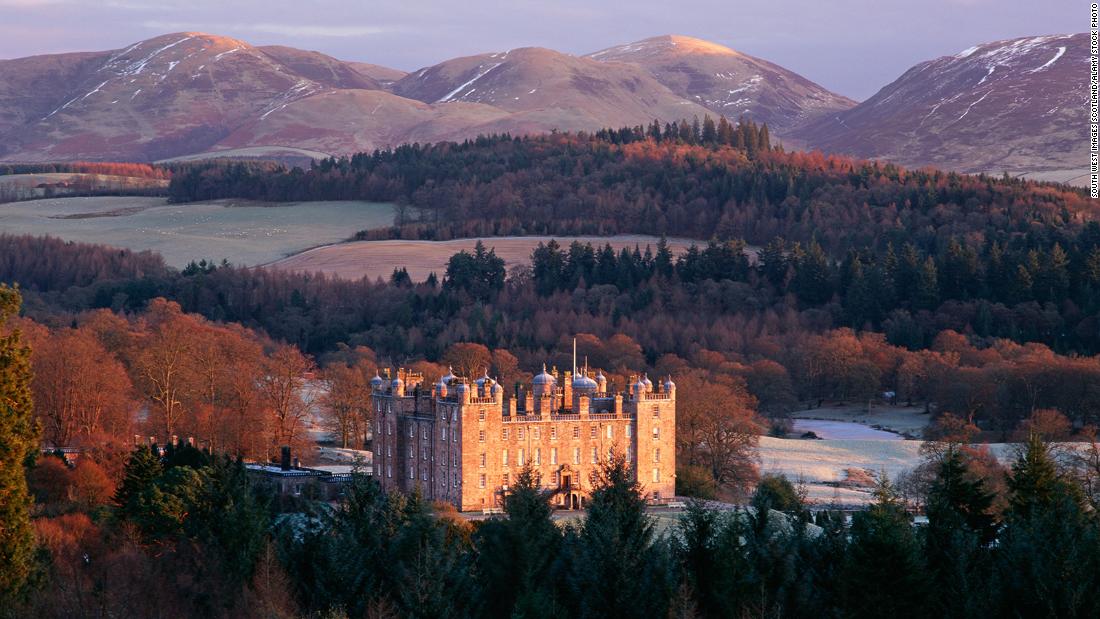 The 2023 edition is in a slightly different format than it has been in years past. Rather than a simple list, the destinations are split up into five categories — eat, learn, journey, unwind and connect.

“This year, we really wanted to try something new and we wanted to reflect the way that we saw travelers looking for travel, which was about the destination, but also about the experience,” explains Nitya Chambers, executive editor and senior vice president of content at Lonely Planet.

Editors begin work on the list as early as April. Chambers says that — as much as they’d like to — not every staffer can visit each place on the list personally.

Instead, she explains, Lonely Planet reaches out to its wide network of contributors around the world and asks them to nominate destinations they believe should be on the list.

From there, editors at Lonely Planet HQ begin to ask more questions, work their sources and narrow down the options until it is released in November.

Chambers sums up the perfect destination as “expected but unexpected.”

That might mean taking a chance on a new country, like Malta or Guyana, that all your friends haven’t been to yet. It might mean choosing a less-visited place in a favorite destination, like Marseille rather than Paris or Fukuoka instead of Tokyo. All four spots are among the 30 destinations of the 2023 list.

The Lonely Planet journey began in 1972 after Maureen and Tony Wheeler traveled from the UK to Australia and subsequently published a guide to recreating their overland adventure.

Check out CNN Travel’s award-winning feature The Hippie Trail to learn more about the company’s story.

The Mediterranean country Malta was chosen as one of the best places to unwind.

It’s no surprise that Lima appears as one of the picks under the “eat” section of Lonely Planet’s list — Peru’s capital has been racking up the recognition for years on the World’s 50 Best Restaurants list.

However, its South American sibling Montevideo — another “eat” entry — is not as high profile. Visitors to the Uruguyan capital might recognize dishes that are popular elsewhere on the continent, like dulce de leche, asado steaks and yerba mate.

Uruguay is also coming into its own as a wine destination, with both reds and whites on offer. Plus it’s much more affordable and less crowded than Argentina’s Mendoza wine country.
Street food lovers should head to Kuala Lumpur. The capital is a perfect location for an introduction to food from all over Malaysia, like nasi lemak (the unofficial national dish), Penang-style curries and Peranakan classics like fish maw soup.

Stanley Tucci visited Umbria on an episode of his show, “Searching for Italy,” feasting on black truffles, boar ragu and braised pigeon. It’s on Lonely Planet’s list, too.

As the world opened up after long Covid restrictions, many travelers felt the urge to connect or reconnect with others.

One way to do that is by looking into our own backyards.

Boise, the capital of Idaho, is home to the biggest Basque community in the world outside of Spain, and make’s Lonely Planet’s “connect” list. Some local residents still speak the Basque language, learn traditional dances and make paella big enough to feed the entire town.
Meanwhile, on the other side of the world, Sydney also makes the list. The Australian city is known for its friendly inhabitants, as well as for its beautiful beaches, top-notch food scene and … oh yeah, a pretty cool opera house.
People with African heritage may want to head to Accra, Ghana, for their own sense of connection. The country, also on the list, observed a Year of Return in 2019, which brought people from all over the diaspora to Ghana for fellowship and community.

Just because the year passed doesn’t mean that the sense of connection has gone: Ghana wants to hit a goal of eight million tourists per year.

Ghana is a great destination for ecotourism and outdoor travelers — thanks to its array of wildlife and beautiful coastline.

The pandemic spurred another powerful desire, too: the stress of working from home while homeschooling the kids over Zoom means many travelers just want to take a long break.

Island destinations, like Jamaica and Dominica in the Caribbean, are just the place to unwind, according to Lonely Planet.

The former is high on Chambers’ personal list for 2023.

“There’s just an opportunity with our kids in the summer (to) spend some more time, go immerse and have the experience of living somewhere where you can really feel changed and transformed by being part of another place.”

While 2022’s summer of “revenge travel” might have made it seem like Europe is overtouristed, Malta — another “unwind” destination — is a lesser-known gem with the climate of Italy and the landscape of the Middle East.

And in Asia, the Indonesian archipelago of Raja Ampat might be one of the last paradises left on Earth.

Located in the country’s West Papua Province, this spot is loved for eco-tourism and is home to a massively successful coral restoration project.

Did you start baking sourdough or learning a new language during lockdown? If you want to keep the spirit of learning alive beyond the pandemic, Lonely Planet suggests visiting a destination for the sake of deepening your knowledge.

These include New Mexico, the US state nicknamed the “Land of Enchantment,” where visitors can learn about the country’s Native American history and Spanish heritage while eating red and green chiles and tasty biscochito cookies.

Visiting some of Europe’s second cities can expand your horizons as well. In Marseille, learn how to say more than just “merci beaucoup” while sunning yourself on France’s Mediterranean coast. Over in England, Manchester is an underrated cultural destination, with art galleries, performance spaces and an annual culture festival all on offer.

For New Mexicans, chile isn’t just a food, it’s a way of life. Chiles are so important, New Mexico is only state to have an “official” question, “Red or green?”

The journey is the destination

Ultimately, whether you hit the road in search of a perfect meal or a stunning cityscape, travel is just as much about exploring along the way as what’s on your itinerary.

With that in mind, Lonely Planet designated six “journey” spots, places for the most wanderlust-y of travelers.

It’s no surprise that the central Asian kingdom of Bhutan made the cut. In 2022, the country finally reopened to tourism and unveiled its crown jewel — the Trans-Bhutan trail, which connects nine dzongkhags (districts), 28 gewogs (local governments), two municipalities, one national park and 400 historic and cultural sites.

Zambia, another “journey” destination, might be best known for Victoria Falls, which UNESCO describes as “(plunging) noisily down a series of basalt gorges and raises an iridescent mist.”

But even if the world’s most impressive waterfall isn’t a compelling reason to visit, the wild diversity of animal life — giraffes, elephants, lions, hippos, cheetahs and more — make it a perfect pick for a safari vacation.