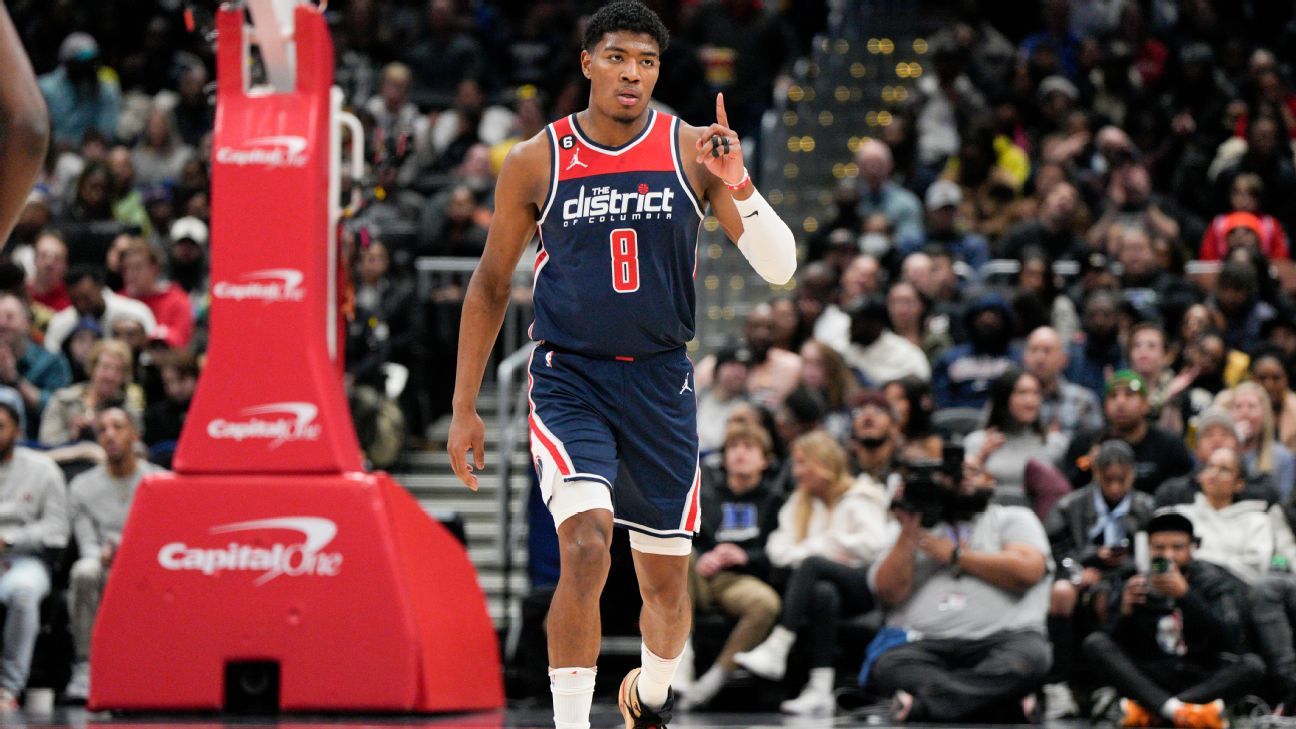 The deal includes a 2023 second-round pick via Chicago, the Lakers’ own in 2029 and the less favorable of the Wizards’ and Lakers’ 2028 second-round picks, sources told ESPN’s Adrian Wojnarowski.

Hachimura, 24, had grown unhappy without a rookie contract extension in the preseason and became less of a priority with the emergence of Kyle Kuzma in the Wizards’ frontcourt.

Los Angeles acquired Hachimura with the intention of signing him to an extension this summer, sources said. Hachimura can be a restricted free agent.

The Lakers believe that Hachimura gives them another sizable wing defender who has shown an ability to make corner 3-pointers and midrange shots when teams run the Lakers off the 3-point line. He has shot 40.8% on catch-and-shoot 3-pointers over the past two seasons, according to ESPN Stats & Information research, and is shooting 35.1% on catch-and-shoot 3s over the course of his career.

“Adding both size and depth to the wing position has been a goal, and the chance to accomplish that by acquiring a player with Rui’s two-way skills and upside was an opportunity that doesn’t present itself often,” Lakers vice president of basketball operations and GM Rob Pelinka said in a statement.

Hachimura, the ninth overall pick out of Gonzaga in the 2019 NBA draft, is averaging 13.0 points and 4.3 rebounds in 24.3 minutes per game this season.

Nunn, in his fourth NBA season, has played in 39 games this year after missing all of last season due to a knee injury. He was averaging 6.7 points off the bench for the Lakers this season.