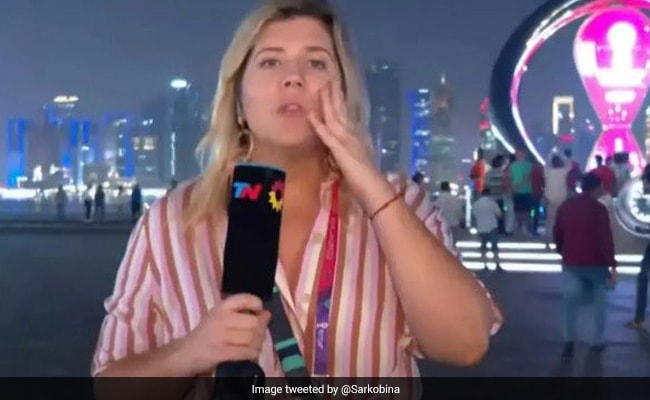 Mr Metzger requested the police to help her with her missing items.

A journalist from Argentina has claimed that she was robbed while covering the ongoing 2022 FIFA World Cup in Qatar.

Dominique Metzger was busy with a live broadcast when her handbag was stolen. She then went to the police and sought help. The response that she got from the officials left her surprised, reported Mirror.

“I went to the station and that was when the cultural differences began. The policewoman said to me: ‘We have high-tech cameras everywhere and we are going to locate him [the thief] with face detection. What do you want the justice system to do when we find him?'” Ms Metzger was quoted as saying.

Mr Metzger then requested the team to help her with her missing items, the report added.

According to a report on Marca.com, Mr Metzger has shared her experience on TV. “They just stole my wallet when we were doing the live broadcast. The police sent me here to file a report. The documents and the cards are what worry me the most, I don’t care about the rest. So, we’ll see what happens. Experiences that you don’t expect to live through, you live through them,” she was quoted as saying.

The security aspect in Qatar has been one of the most talked about issues. According to news agency Reuters, the authorities at  Qatar’s tournament security committee hired hundreds of men, some with no experience, to work as security guards tasked with crowd observation inside stadiums.

Meanwhile, the inaugural game saw the host nation rolling out the carpet for Ecuador at Al Bayt Stadium. Qatar lost the match 0-2 and they became the first home team to lose their opening World Cup fixture. Qatar will look for redemption when they meet Senegal on Friday.