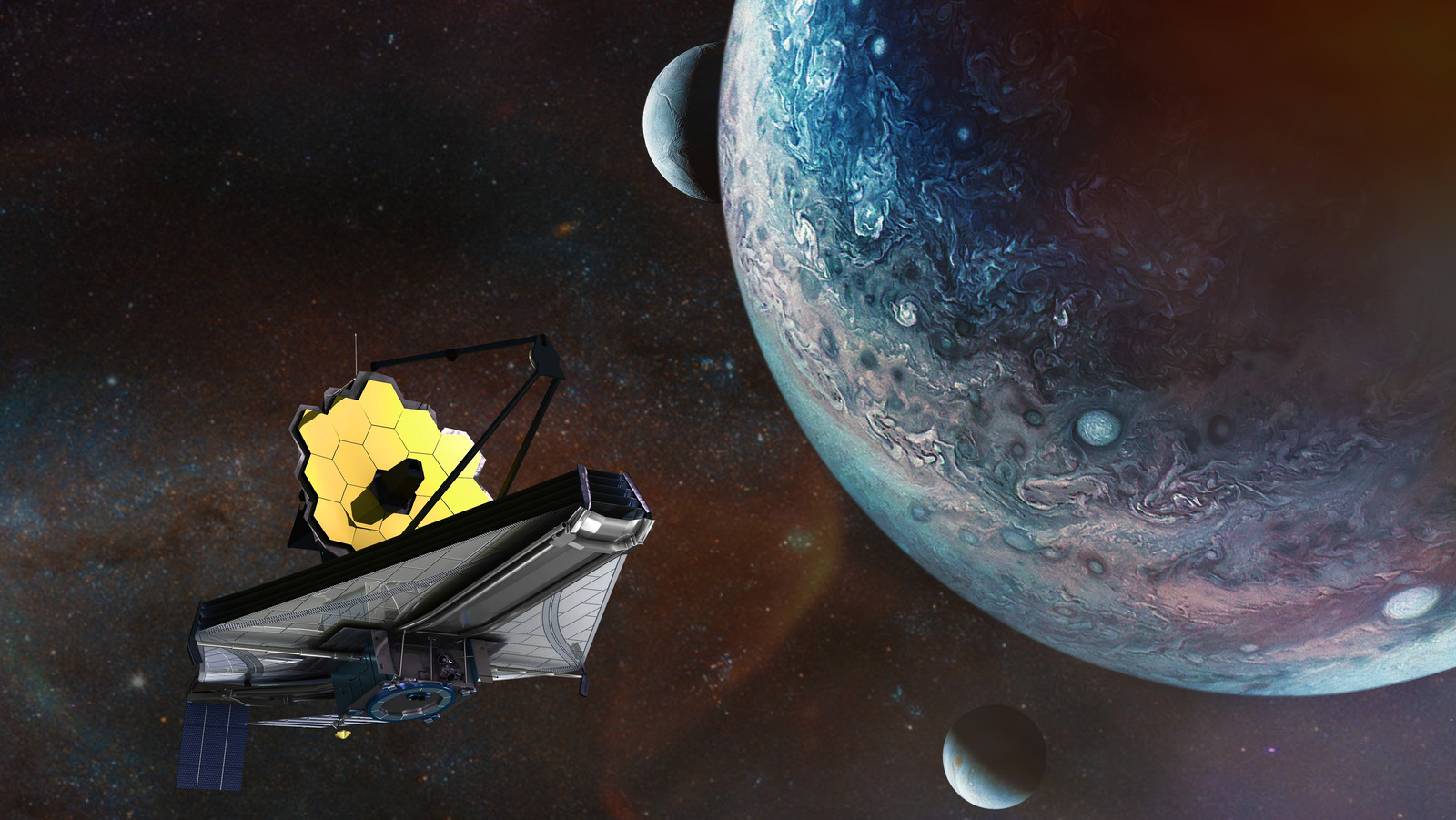 The planet in question is WASP-32b, a “hot Jupiter” exoplanet (via NASA) 910 light years from Earth. Webb’s observations go beyond simply having unprecedentedly clear pictures of an alien world. As the Planck Institute notes, the scientific instrument suite aboard the JWST has recorded data that break down the exact chemical makeup of the world’s skies, along with the physical processes that created them.

NASA has a complete breakdown of Webb’s discoveries about WASP-32b. The short version is that Webb was able to detect sulfur dioxide and abundant water vapor in the planet’s atmosphere, byproducts of the impact of starlight from the WASP-32 system’s large and energetic yellow sun. WASP-32b itself is about as massive as Saturn but orbits the star closer than Mercury, making direct exposure to starlight one of the most important engines of its physical and chemical processes. Webb was even able to detect that the world has a ring of sulfur dioxide not unlike Earth’s ozone layer, actively interacting with high-energy photons from the WASP-32 star.

In 2020 WASP-32b was given the name “Viculus,” while the WASP-32 star was christened “Parumleo.” Both names were brainchildren of a student in Singapore taking part in the NameExoWorlds II Project (via Straits Times). For a long time that’s all the WASP-32 system was – two names in the dark. Now, Webb has shone a vivid light on the previously poorly understood star and its planet, with future discoveries sure to follow.