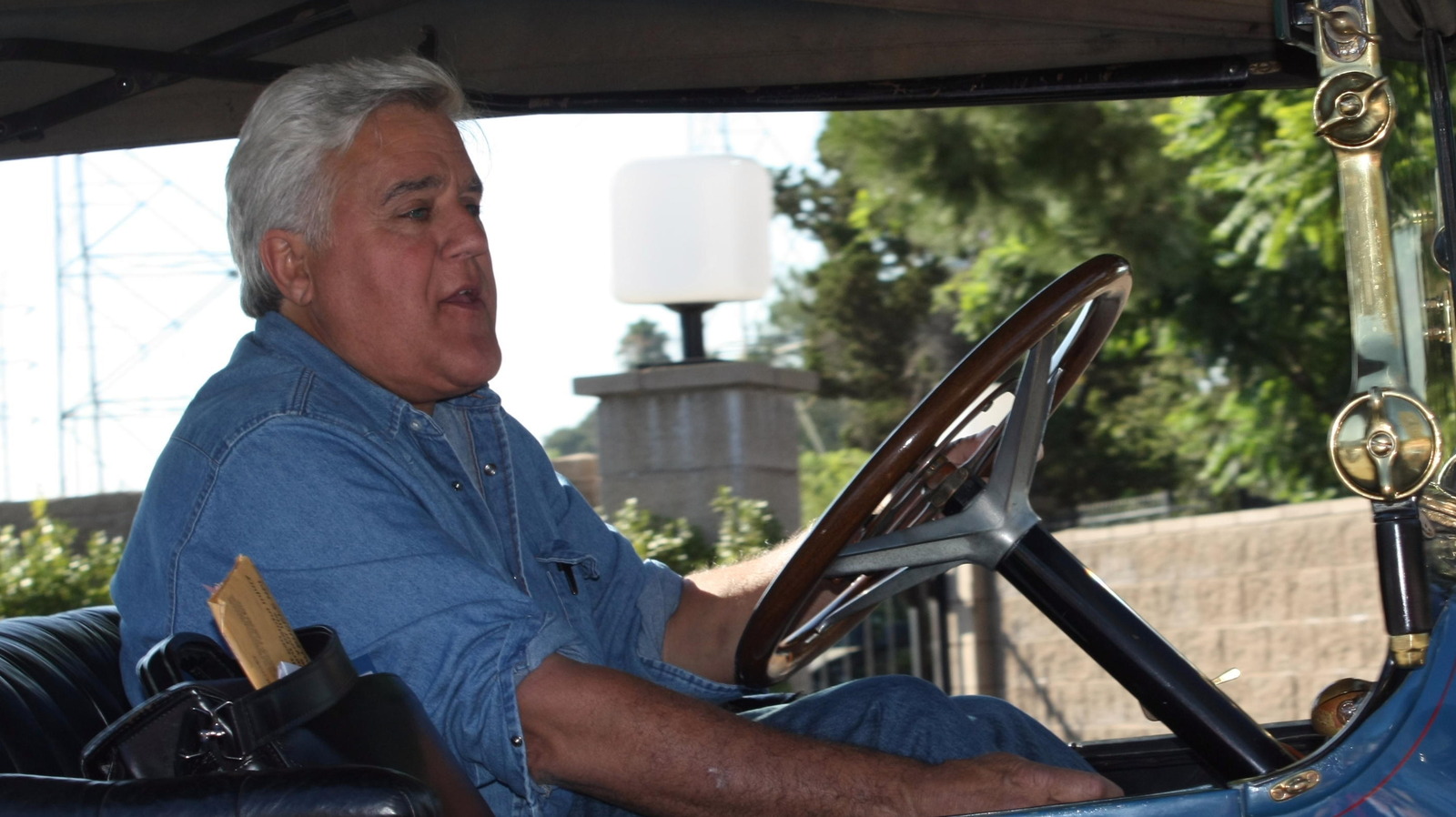 Leno’s injuries were reportedly caused by a spray of gas from a steam car. Steam cars have a unique design which has some similarities to a standard internal combustion engine (ICE) and some major differences. Both types of engines use mechanical power generated from pistons to turn their wheels, and the key difference is in how the pistons are operated. An ICE ignites a mixture of air and fuel inside the engine’s cylinder which forces its pistons up. A steam car uses a boiler to heat water, which is then used to power the engine’s pistons (via Stanley Motor Carriage).

While the technology didn’t catch on for a few reasons, steam cars do have some advantages. They were incredibly fast for their time. Leno himself is on film cruising past a Chevy Camaro in one of his steam cars, albeit on the street. Back in the day, steam cars were setting records, with a Stanley Steamer clocking a 28.2-second mile in 1906. The downsides include the time it takes to get a steam car started. You can’t just turn a key and go like you do with an electric vehicle, as it takes about 10 minutes for enough heat and pressure to build up to get the car going.

Unlike steam trains, which tend to use coal to generate steam, steam cars use gasoline, which leads to other dangers including the ones that probably led to Leno’s injuries (via Barron’s). As with all steam-powered vehicles, pressure is also a consideration. While high pressures are needed to make the vehicles function, go too far and you’re basically driving around on an enormous pipe bomb. The more affordable and arguably more practical Ford Model T eventually spelled the end of the steam car era, but several examples of the unique vehicle remain.