How some tech companies are planning to protect themselves from economic uncertainty | Globalnews.ca 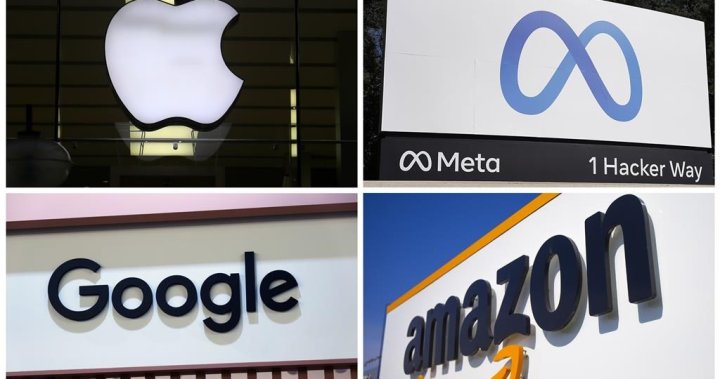 Amidst the economic uncertainty that looms, big tech companies like Meta, Amazon and Twitter have been forced to make the difficult decision to cut jobs.

Many of these companies saw exponential growth at the height of the pandemic, but Krista Jones, senior vice-president of venture services at MaRS Discovery District, said these companies are adjusting those gains they had previously made.

“The demand went up and then it started to come down just as quickly and that’s where companies got caught in those growth patterns,” Jones said.

However, one Toronto-based fintech company has broken away from the trend in an attempt to better protect itself from economic uncertainty.

3:14
When big tech reports job losses, what happens to the people?


Ziv Deutsch, senior director of data and experimentation at Koho, said during the pandemic, the company was like many others that saw rapid growth.

“We had massive user growth, massive revenue growth — well over doubling every single year,” he said.

Koho is a Toronto-based fintech company that creates a spending and savings account on MasterCard pre-paid cards.

“When everyone saw the market changing, that’s when we were quicker to the draw,” Deutsch said, adding that the company made decisions to slow down hiring and act more prudently on marketing.

“Our focus was on making small tough decisions early to avoid big difficult ones later on, like we’ve seen across industry.”

Job cuts have been reported at companies like Shopify, Meta, Twitter and most recently at Amazon in recent months.

When big tech reports job losses, what happens to the people?

On Monday, a person familiar with the matter said Amazon.com Inc is planning to lay off around 10,000 employees in corporate and technology roles beginning this week in what would amount to its biggest such reduction to date.

The cuts, earlier reported by The New York Times, would represent about three per cent of Amazon’s corporate staff. The exact number may vary as businesses within Amazon review their priorities, the source told Reuters.

Harald Bathelt, professor of economic geography at the University of Toronto, said not all technology companies are experiencing a regression in growth.

Amazon is planning to lay off around 10K employees starting this week, source says

“We are talking about the companies that are related to online commerce, to social media, and those companies have probably over-invested and are now having to downsize to adjust to the new normal.”

Layoffs.fyi, an online aggregator that tracks job losses in the technology sector, estimates that in 2022, 788 tech companies conducted layoffs that impacted more 120,000 employees.

The site estimates 812 people have been laid off from Toronto-based tech companies so far in 2022.

However, Jones said Toronto’s tech sector is cushioned by other tech industry that is still in demand.

“In Toronto, our sectors that we serve are education, climate, health care, digital health. We have a lot of sectors that are out and beyond the ones being impacted right now … and that’s because the demand remains,” she said, adding that the downwind on big tech companies may now allow smaller companies to thrive.

Shopify to lay off 10% of workforce after pandemic growth bet ‘didn’t pay off,’ CEO says

“I’m excited that the big tech overhang that is pushing up salaries and demand, it’s going to take a step back and allow the companies on the rise and get the talent they need to really start to achieve the growth potential in the very necessary sectors they are serving.”

Despite the economic uncertainty with a looming recession, Deutsch said Koho is still growing and hiring.

“We expect to grow by 10 to 15 per cent this year and more in the years to come,” he said, and the company is paying close attention to who is part of the announced layoffs.

“Every time there is a layoff, our recruiting team is reaching out and looking for folks who are looking for new opportunities.… I think it’s a scary time for everyone, but it’s by no means a dead end.”

— with Files from Reuters.