GHMC election: Low turnout as polling concludes, ban on exit polls till Dec 3 due to re-polling in Old Malaket - The Latest News
Skip to content
The Greater Hyderabad Municipality Corporation (GHMC) election on Tuesday concluded at 6 pm with a voter turnout nearly 36 per cent till 5 pm. Around 30 per cent voters cast their votes in the elections till 4 pm, election officials said. According to SEC, 29.76 per cent electorate cast their votes with two more hours left for the polling process to end. Meanwhile, SEC has also banned the broadcast for exit polls till December 3, 6 pm in view of the re-polling that has been scheduled for Old Malaket (Ward No. 26)

A friend of World War II Jewish diarist Anne Frank laid the first stone Wednesday at a new memorial under construction in Amsterdam to honor all Dutch victims of the Holocaust. 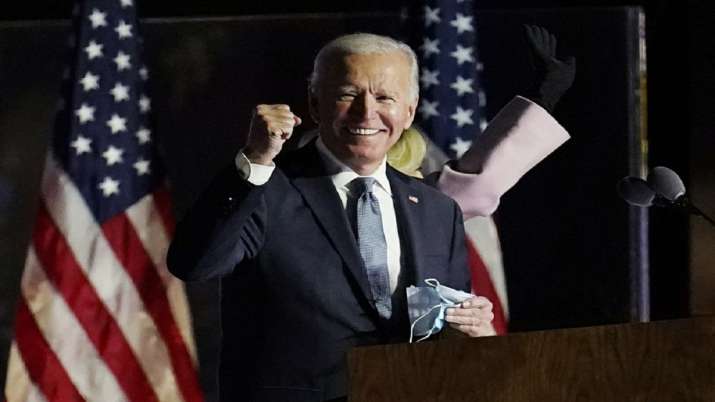 Democrat Joe Biden defeated President Donald Trump to become the 46th president of the United States on Saturday, positioning himself to lead a nation gripped by the historic pandemic and a confluence of economic and social turmoil. His victory came after more than three days of uncertainty as election officials sorted through a surge of mail-in votes that delayed the processing of some ballots. Biden crossed 270 Electoral College votes with a win in Pennsylvania.

President Donald Trump said on Friday he expects to have available enough doses of a coronavirus vaccine for every American by April.