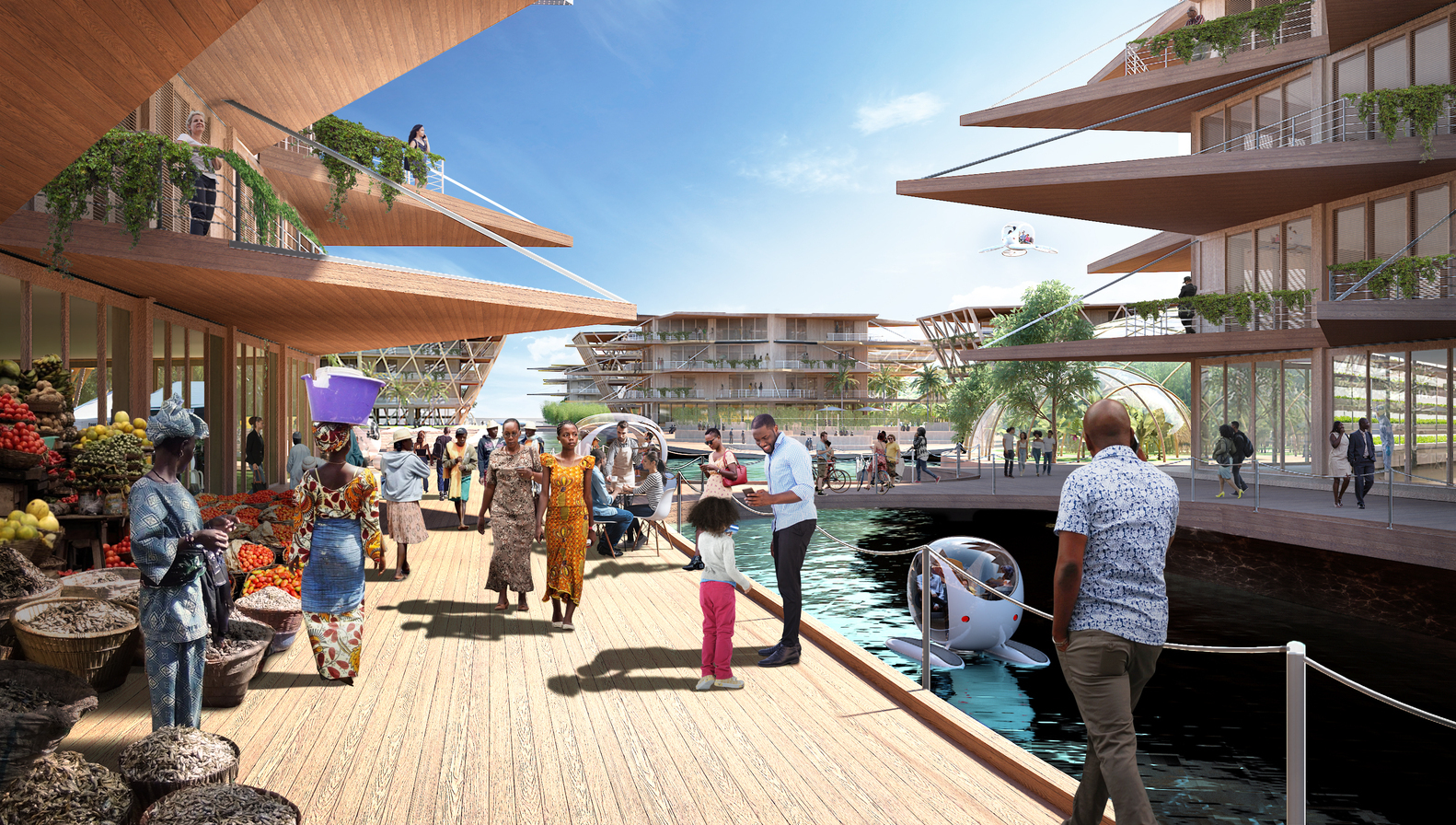 Floating Cities of the Past and Future

The threat of climate change is looming before us. Sea level rise concerns over 410 million people at risk of losing their livelihoods. Coastal cities are choked with high-rise buildings and traffic-laden roads, consuming land insufficiently. Synthesizing these problems, architects across the world have proposed a potential answer – floating cities. A future of living on water seems like a radical shift from how people live, work, and play. Vernacular precedents prove otherwise, offering inspiration for what our cities could morph into. As world leaders discuss courses of action to tackle climate change at the COP27 climate summit in Egypt, ArchDaily dives into the concept of radical water-based settlements.

According to the standard civilization narrative, the first human settlements flourished in the vicinity of water bodies – rivers, lakes, wetlands, and seas. Nomads required water for drinking and hunting, and agricultural communities for farming as well. Land was also most fertile where it could easily be nourished by a water source. As a result, humans established themselves at the intersection of land and sea, building and growing their settlements in either direction. Kampong Ayer in Brunei, Makoko in Lagos, Ganvie in Benin, and the Mesopotamian Marshes provide a peek into a lifestyle of living amidst water. They provide a starting point for imagining how our lives would be shaped by new offshore settlements.

We Must Begin Planning Now for an Inevitable Sea Level Rise

With advancements in technology comes innovation. In the 21st century, architects and the public have started to take the idea of aquatic cities more seriously. The most famous design at the moment is starchitect Bjarke Ingles’ Oceanix City, developed in partnership with UN-Habitat and blue tech firm OCEANIX. The vision for the world’s first prototype sustainable city on water will be situated in Busan, South Korea, an important maritime city in the region. The island-like colony would be anchored to the sea floor by biorock that would harbor artificial coral reefs. Food would be grown on floating farms and via aquaculture, and drinking water would be obtained from desalinated seawater. Oceanix in its early conceptual stages promises potential.

Similar high-tech concepts have been showcased in Vincent Callebaut’s Lilypad, the Seasteading Institute, and Phil Pauley’s Sub-Biosphere 2. Already ahead of these visions is a state-of-the-art floating residential development in Amsterdam. Given the Netherlands’ eco-consciousness, the project titled Waterbuurt successfully tackles the low-lying country’s imminent threat of sea-level rise. In Lagos, a new coastal city is being developed via land reclamation, similar to projects along the UAE’s shore.

While visible environmental damage has urged for a conversation around floating cities, skepticism still remains. Questions about feasibility, cost, and expertise in building offshore infrastructure concern stakeholders. Political ideas around jurisdiction and ownership would require reconsideration. These expensive projects might only be accessible and affordable to certain sections of society. Environmentalists have also severely criticized land reclamation projects for disrupting ocean ecosystems and risking floods.

The future of urban living may closely mimic its lesser-known past. In times of uncertainty, case studies of traditional architecture and systems of indigenous cultures can provide learning opportunities. Amphibious communities shared their resources, and concepts of ownership were majorly absent. Water was viewed as commons and the ecosystem as part of themselves. Settlements were built to co-exist with the established patterns of nature, contributing as much as they extracted from the environment. Semi-permanent structures – since they are not anchored into the earth – grew and shrank organically as per the needs of the community.

According to The Institute for Economics and Peace, more than 1 billion people will be located in areas of insufficient infrastructure to withstand sea-level rise by 2050. At this rate, it would take over 9,000 Oceanix cities to relocate climate refugees. Floating cities are not a single solution to sea-level rise and climate change, but might be an impactful step toward remediation. This shift will call for a reevaluation of living patterns, legal structures, and man-made ecosystems. A new frontier of aquatic lifestyles seems hopeful.

We Must Begin Planning Now for an Inevitable Sea Level Rise