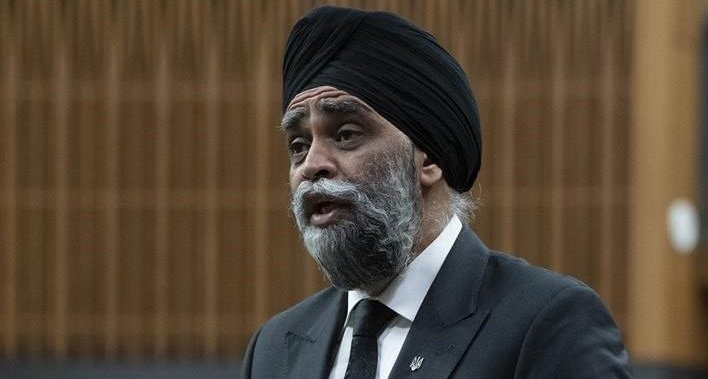 Sajjan will be in Qatar from Nov. 21 to 23, and will be accompanied by Stephen Ellis, Member of Parliament for Cumberland-Colchester, the statement said.

In addition to cheering on the Canadian men’s national soccer team in Qatar, Sajjan will also participate in “a trilateral sports diplomacy event” with U.S. Secretary of State Antony J. Blinken and Mexico’s Secretary of Foreign Affairs Marcelo Ebrard, the agency added.

The news comes after Heritage Canada told Global News last month that Ottawa has “no plan” yet to send a dignitary to the FIFA World Cup in Qatar.

“The Government of Canada is proud of the Canadian men’s national soccer team qualifying for the 2022 FIFA World Cup,” a spokesperson with Heritage Canada told Global News on Oct. 21.

“Their qualification is a historic event in itself and all Canadians look forward to cheering them on in November. So far, no plan has been made for a dignitary to attend the event.”

0:41
Government diplomats must ‘speak out on these abuses’ if attending 2022 FIFA World Cup: Human Rights Watch

There have been allegations Qatar has discriminated against women and LGBTQ+ people in its laws and practices, and has mistreated migrant workers, according to Amnesty International’s 2021/2022 report on the country.

In a travel advisory to Canadians visiting Qatar for the World Cup, the federal government noted that Qatar has many laws that differ from those in Canada, adding that not only is revealing clothing “considered inappropriate” in the country, but Qatar also “criminalizes sexual acts and relationships between persons of the same sex or unmarried people.”

The government also advises Canadians to avoid “religious proselytizing, criticism of the government of Qatar or the religion of Islam,” because doing so could lead to being arrested and criminal prosecution.