Explained: What is Doodle for Google India competition that Kolkata based Shlok Mukherjee won this year? 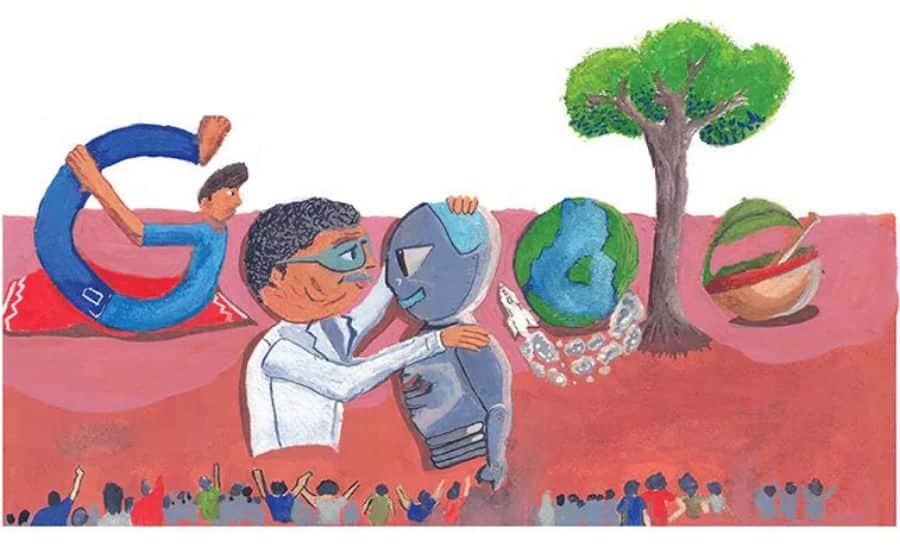 New Delhi: Google has announced the winner of annual ‘Doodle 4 Google’ competition. Shlok Mukherjee, a resident of Kolkata, West Bengal won this year. His doodle titled ‘India on the center stage’ was awared the prize to show hope for India’s scientific advancements to become streamline for India’s progress and growth. His Doodle is now featuring on Google.co.in for 24 hours on November 14, 2022.

“In the next 25 years, my India will have scientists develop their own eco-friendly robot for humanity’s betterment. India will have regular intergalactical travels from Earth to space. India will develop more in the field of Yoga and Ayurveda, and will get stronger in coming years,” He wrote for the competition.

ALSO READ | From Meta to Twitter, Here’s the list of TECH companies that announced layoff in 2022 — In PICS

What is the “Doodle 4 Google” contest?

Doodle 4 Google is an annual contest open to students in Class 1 to 10. Students are invited to create their own Google doodle for the chance to have it featured on Google India Homepage as well as win some great scholarships and tech packages for schools as prizes.

Why is Google doing this contest?

Doodles are meant to surprise and delight people when they visit Google.com. Past Doodles have celebrated some of the most brilliant, talented, and passionate people throughout history. Doodle 4 Google offers students of classes 1-10 an opportunity to display their own artwork on Google India Homepage.

How long has Google been doing this contest?

Here‘s the link through which you can see past winners.

All You Need to Know About WhatsApp Polls