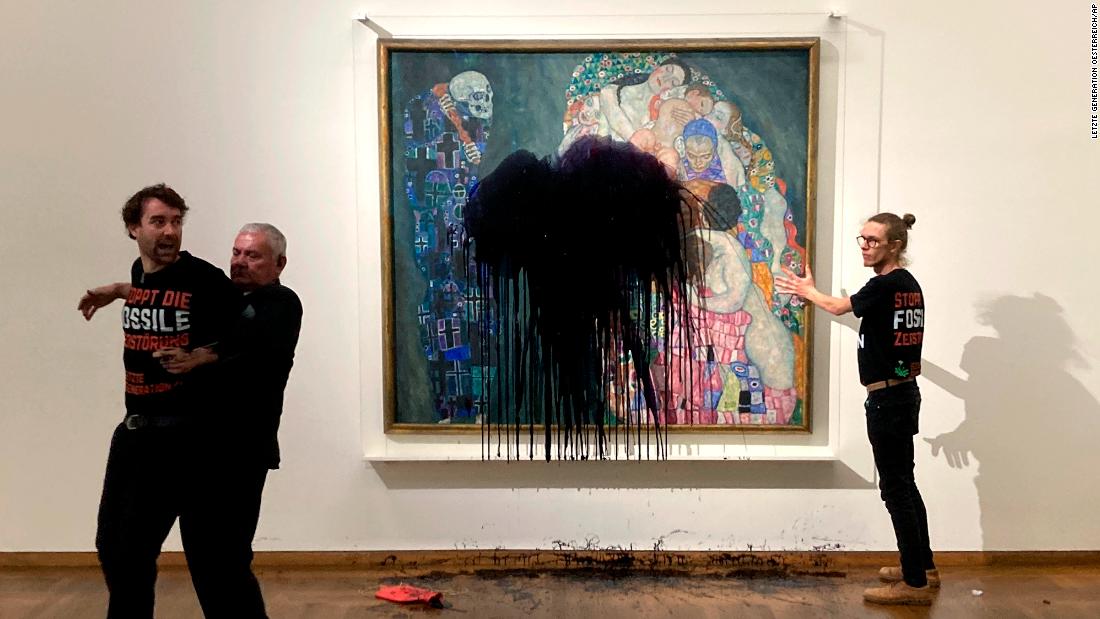 Climate protesters in Austria have thrown a black substance over Gustav Klimt‘s painting “Death and Life,” in the latest act targeting renowned works of art across the world.
Two activists belonging to a group called “Last Generation” launched their attack on the painting at the Leopold Museum in Vienna just after 11 a.m. local time (5 a.m. ET) Tuesday, according to a statement released by the museum.
After throwing the substance over the work, one protester glued himself to the glass protecting the painting.
Last Generation tweeted a video and pictures of the protest.

“New oil and gas drilling is a death sentence to humanity,” the group tweeted, accusing those searching for both resources of having blood on their hands.

In a subsequent tweet, it called for immediate measures against climate breakdown.

“Lowering the speed limit to 100km/h on highways costs nothing to implement, saves 460 million tons of CO2 per year in #Austria alone and leads to less noise, better air quality and safer roads. What are we waiting for?”

Following an initial assessment, the museum said that while the painting and original frame were undamaged, “the damage to the glass and the safety frame as well as to the wall and floor is evident and significant.”

The police and a medical team were at the scene shortly after the attack and the activists’ personal details were taken, the museum added.