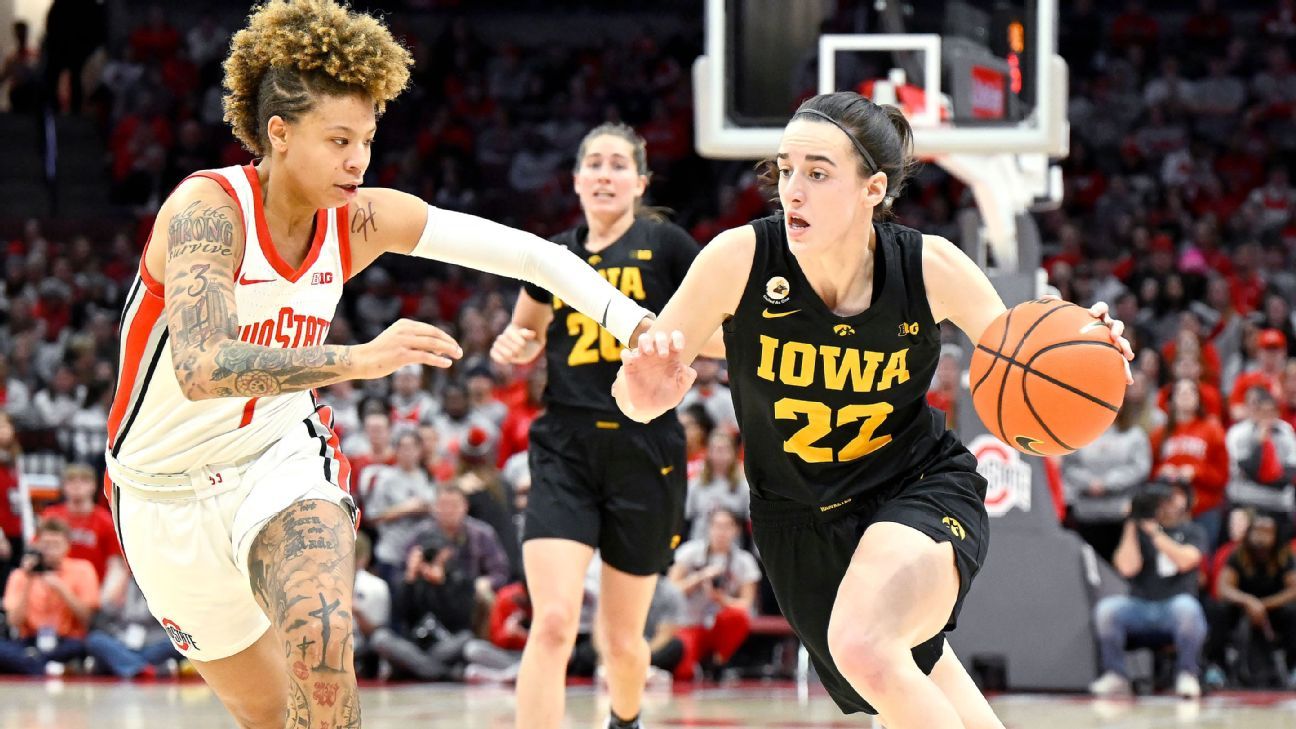 No. 10 Iowa handed No. 2 Ohio State its first loss of the season, 83-72, on Monday night in Columbus, Ohio, leaving just two undefeated teams in Division I women’s basketball.

Junior guard Caitlin Clark led the Hawkeyes with 28 points, 15 assists and 10 rebounds for the eighth triple-double of her college career. Clark, who celebrated her 21st birthday Sunday, has the third-most triple-doubles in D-I history, trailing Oregon’s Sabrina Ionescu (26 from 2017-20) and Lamar’s Chastadie Barrs (nine from 2016-19).

Clark’s four triple-doubles with 25 points or more are the most in D-I history, according to ESPN Stats & Information. She is also the only D-I player in the last 20 seasons to have four consecutive games of at least 20 points and 10 assists.

Ohio State is the highest-ranked team Iowa has defeated in coach Lisa Bluder’s tenure, which started in the 2000-01 season. The last time Iowa beat a top-2 team was under then-coach C. Vivian Stringer: March 4, 1994 vs. then-No. 2 Penn State.

The Hawkeyes (16-4) were without starting forward McKenna Warnock, who is day-to-day with a ribcage injury. But with Clark, Monika Czinano (22 points on 11-of-13 shooting), Kate Martin (13 points, 11 rebounds) and Hannah Stuelke (eight points, 13 rebounds), they still had enough to stop the Buckeyes (19-1), leaving just No. 1 South Carolina and No. 4 LSU as the lone D-1 women’s unbeatens.

“We had some really great performances,” Bluder said. “Gabbie Marshall did a great job on Taylor (Mikesell). Great assists by our team: 24 on 31 baskets. That’s really fun basketball. Caitlin has a triple-double; what can that girl not do? They all did a great job. This is a big win.”

Iowa is now 3-2 against ranked teams this season, with wins over Ohio State, Michigan and Iowa State and losses to UConn and NC State. Iowa, Ohio State and Indiana, which defeated Michigan 92-83 on Monday night, are tied atop the Big Ten at 8-1. Indiana, which at 18-1 is off to the best start in program history, hosts Ohio State on Thursday.

“This is my 23rd year in the league, and it’s the toughest I’ve seen it,” Bluder said of the Big Ten.