Aston Martin: No plans to name number one driver despite latest teammates clash 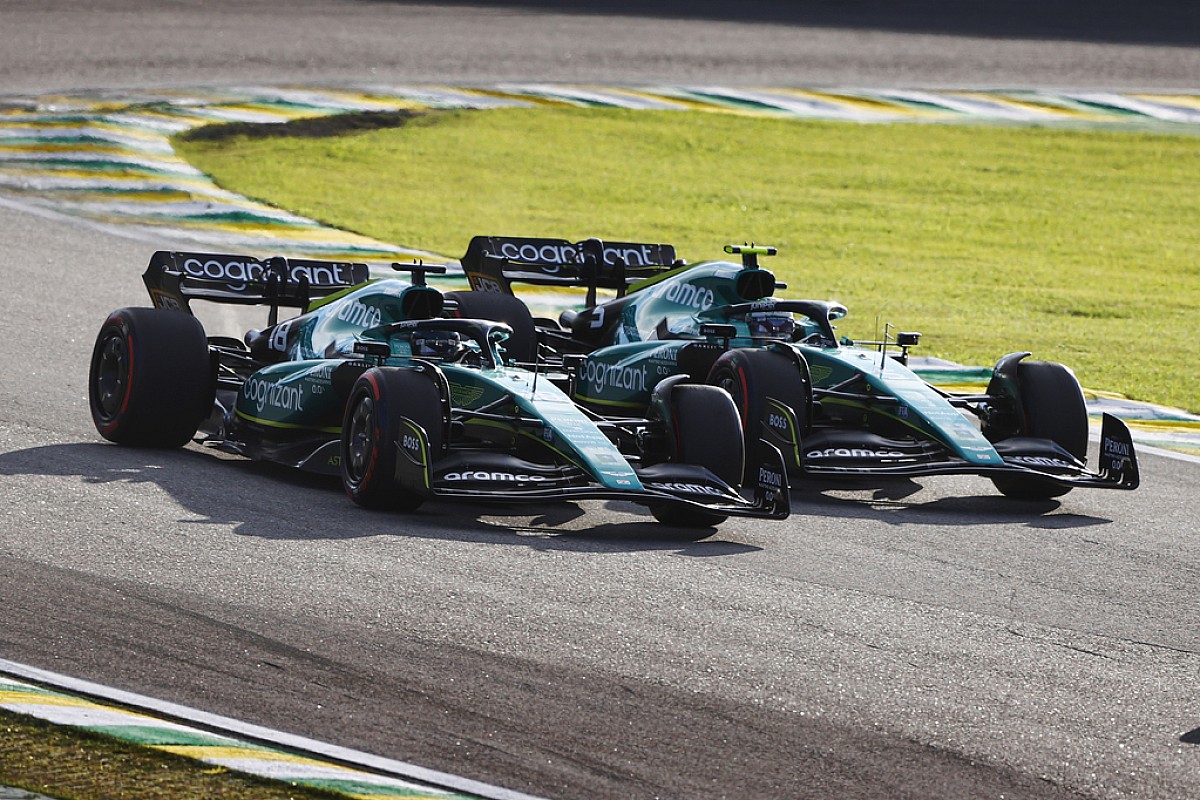 Vettel and Stroll have had several on-track skirmishes this year, notably in the French GP, when in the middle of the last corner of the race Stroll appeared to slow suddenly, forcing Vettel to brake dramatically in order to avoid hitting the sister car.

The Canadian explained later that he’d had an oversteer moment.

They had another clash on the first lap at Spa, costing both of them time.

In Saturday’s sprint race at Interlagos, Stroll moved left and put Vettel on the grass on the straight down Turn 3 while the pair were battling for position.

Stroll later received a 10-second time penalty and three points on his licence.

The stewards also opted to use strong language by calling the Canadian’s move a “dangerous manoeuvre”, a phrase that is rarely used in their documentation.

Aston Martin boss Mike Krack says on-track clashes are inevitable between equally-matched teammates but insists his team will not change its approach.

“When you race, these things happen,” said Krack. “And these things always happen. You see it in other teams happening as well.

“So at the end of the day, I think it’s important that you do not say up front, the number one, driver number two driver, because there’s also implications on team dynamics, if you do that.

“So from their point of view, I think we have no such thing, we never had, we will not have, and then you have to be prepared that they are racing each other hard.

“Now it’s unfortunate, obviously you do not want to see it. But these things are happening if you have two at the same pace in the same location on the track.”

Stroll received a grid drop and penalty points for causing a collision with his future Aston team mate Fernando Alonso on the straight in Austin, but Krack denied that there was a pattern that has to be addressed.

“I think sometimes maybe it’s sort of exaggerated, the focus is really on him there. I don’t think that there is anything more to comment on that. Honestly, I think it’s fine.”

Heading to the Abu Dhabi finale, Aston Martin is locked in a battle with Alfa Romeo for sixth in the championship, with the margin now five points.

In Brazil, the Swiss outfit gained a point, with Valtteri Bottas finishing ninth and Vettel 10th.

Vettel had slipped back following a strong early showing with a long stint on the soft tyres.

“I think we were still confident in a way we could beat them, because we were also a large part of the race in front of them,” said Krack.

“But when you don’t have the soft tyres at the end, when the field was bunched again together, it shows you that even if by mid-race everything looks great, it can turn very quickly in the opposite direction.

“All-in-all when you see the fast cars made it through, with the Alpines coming from the back, there were maybe one or two points to gain, and the two went to Alfa.”