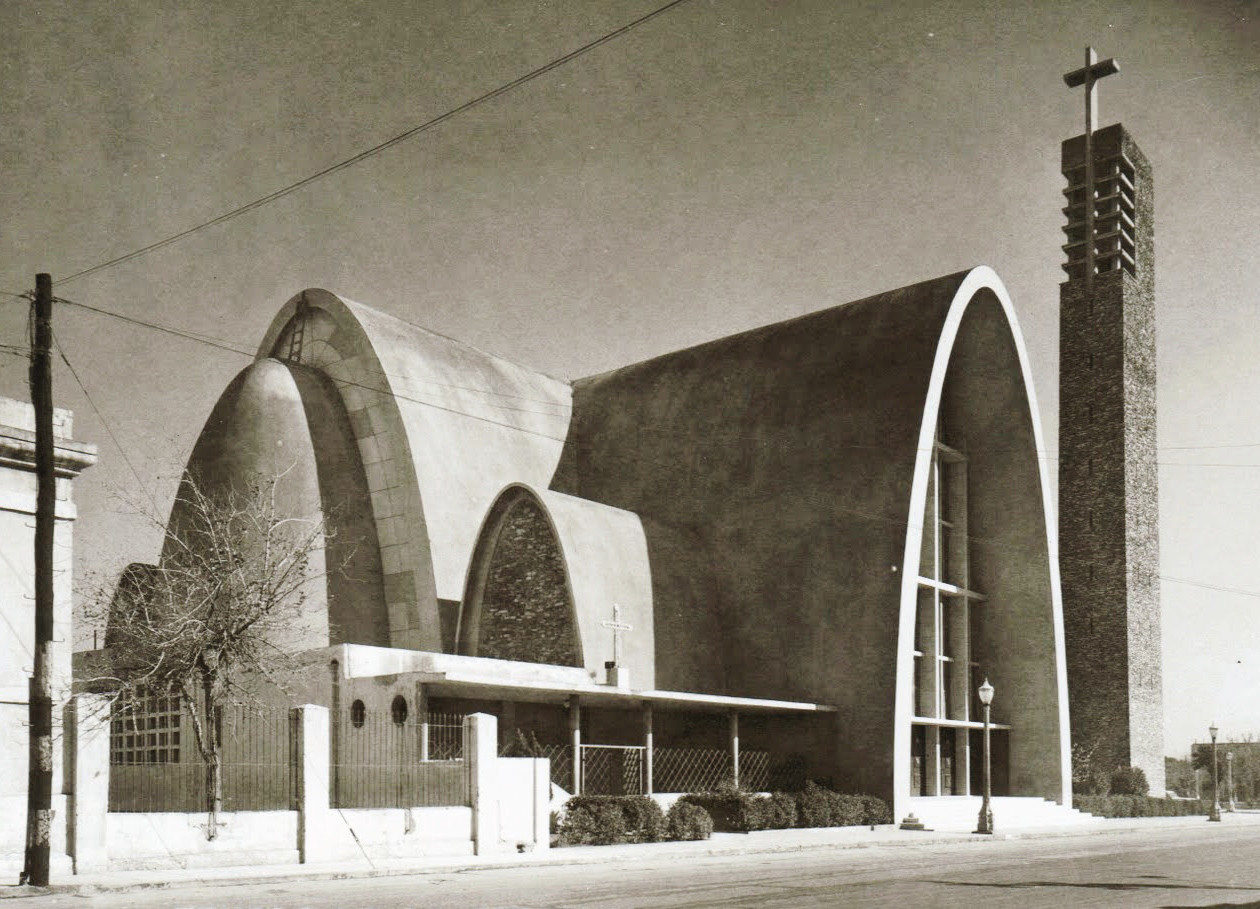 La Purísima Church is a catholic temple located in the center of the city of Monterrey, Mexico, designed by the Mexican architect Enrique de la Mora Palomar, who won the National Architecture Award in 1946 thanks to this emblematic work. The construction of the temple began in 1939, with Archbishop Guillermo Trischler as its main promoter. Inexplicably, the building was located where there was previously a temple, also dedicated to “La Purísima”, of neoclassical style, which had to be demolished.

This church is known for being the first modern religious building in this country and is an important antecedent of the concrete shell structures built by Félix Candela decades later.

To generate the continuity and conjunction of elements, and its generous height, Enrique de la Mora focused on this construction system using elements derived from the optimization of structural efforts, resulting in hyperbolas and parabolas, vaults, and arches.

The structure of the church is made of concrete, and the large paraboloid, where the main nave is located, is intersected by another, smaller one. In plan, these paraboloids form a cross, as is the tradition in ecclesiastical architecture.

In plan it is 47 meters and 69 centimeters from the entrance door to the doors next to the main altar, plus 4 meters and 33 centimeters of the camber in the apse. The central nave is 15 meters to the base of the parabolic enervations, plus 2 meters and 60 meters deep in each of the eight parabolic side chapels.

The stone from the excavation of the subway chapel, the parabolic lateral walls and the slender tower of forty-three meters high from the ground and another three meters topped by the cross were used as cladding. An image of the Purísima in terracotta was placed on a wall at the top, which was created by Adolfo Laubner Mayer, six and a half meters high.