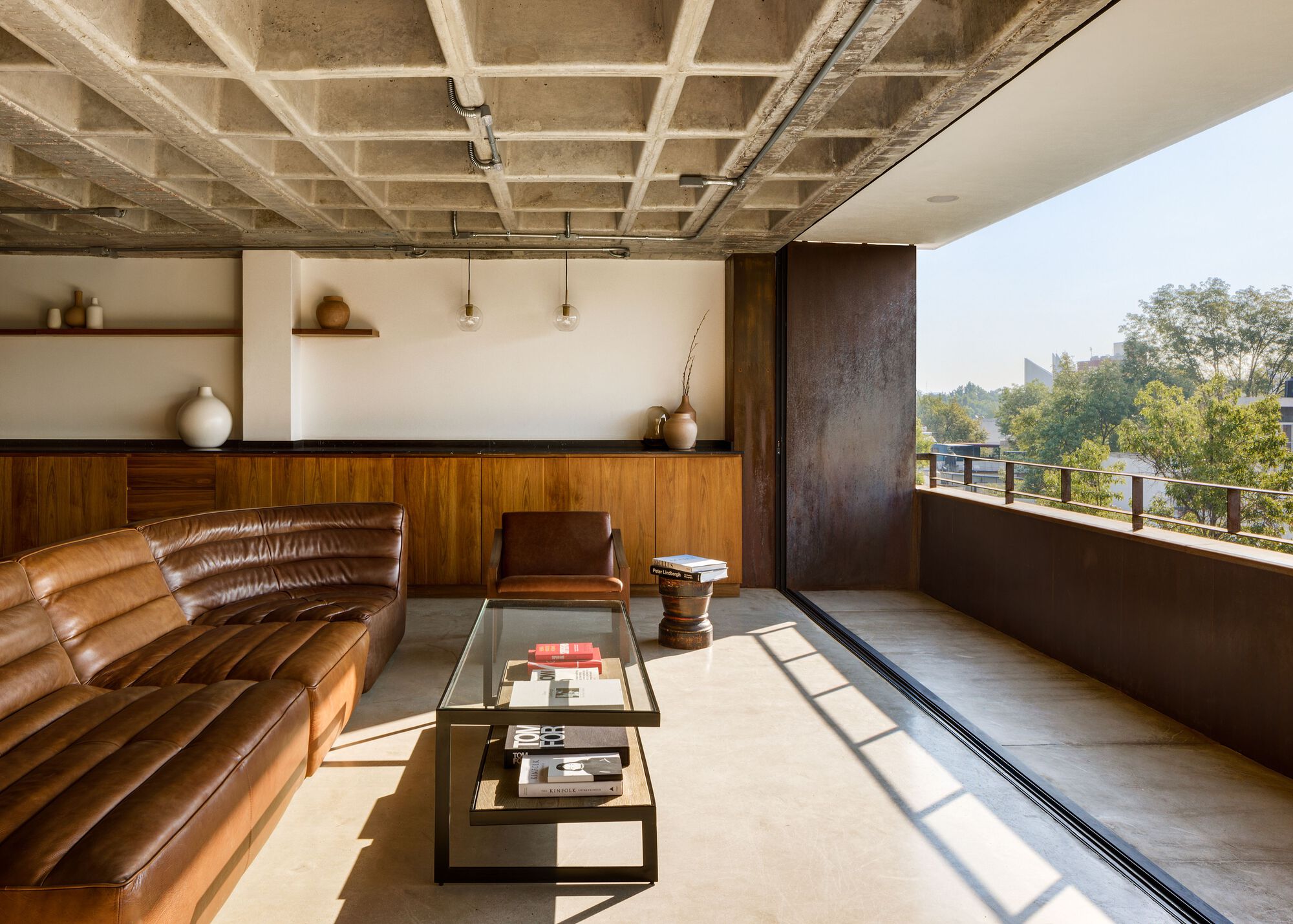 Text description provided by the architects. This project is the remodeling of an apartment in the Condesa neighborhood in Mexico City. The apartment is located in a building from the seventies. The original floor plan and layout of the apartment cause the space to feel dark and with many wasted areas. The apartment has many advantages that were ignored in the original project, such as the wooded view, ventilation, and light that are rare in the area.

The finishes and materials of the original apartment were seventies materials, parquet, and terrazzo in the kitchen as well as stucco and textures on ceilings and walls. The design and renovation project of the apartment was thought based on the principles and concepts of generating open spaces, taking advantage of the advantages offered by the light and ventilation department, and creating more usable and modular spaces that allow flexibility in use.

To achieve this, a structure based on columns and a reticular slab was used, which provides the opportunity to change the internal distribution since no wall is load-bearing. With this, the first thing that was done was to eliminate and redistribute spaces to prioritize the entry of light from side to side of the apartment.

A space was generated that serves as a flexible area that divides the private area from the more public area of ​​the apartment, this space was designed with folding doors that allow the space to have three modalities. 1) part of the private area, 2) part of the public area, and 3) an open area that buffers both areas of the department. The mezzanine height of the apartment was very tight, with the purpose of generating greater amplitude and harmony in materials, it was decided to remove the ceiling lights throughout the apartment. With this, it gained 7cm in height.

The original layout of the apartment includes a balcony, this one is quite narrow and hardly usable. To give this area greater breadth, it was decided to think of the apartment as a terrace, integrating the same floor finishes inside and on the balcony, as well as allocating an exclusive area for fruit trees. Inside, it was also decided to merge this idea of ​​mixing interior/exterior, including interior planters as well as using glass and materials that allow light to pass through.

For the finishes, the idea was around natural or essential materials without further treatment and giving that “raw” appearance but elegant and subtle at the same time. Mainly using exposed concrete, wood, glass, and rusty steel. For walls, in the case of the dining room, it was decided to make an unusual decision and to soften the hardness of the other materials such as concrete on the floor and ceiling, and make the space more welcoming, curtains were placed that generate a microenvironment and give the feeling of spaciousness.

The department managed to integrate the different spaces in a subtle, open way and with a very discreet elegance.