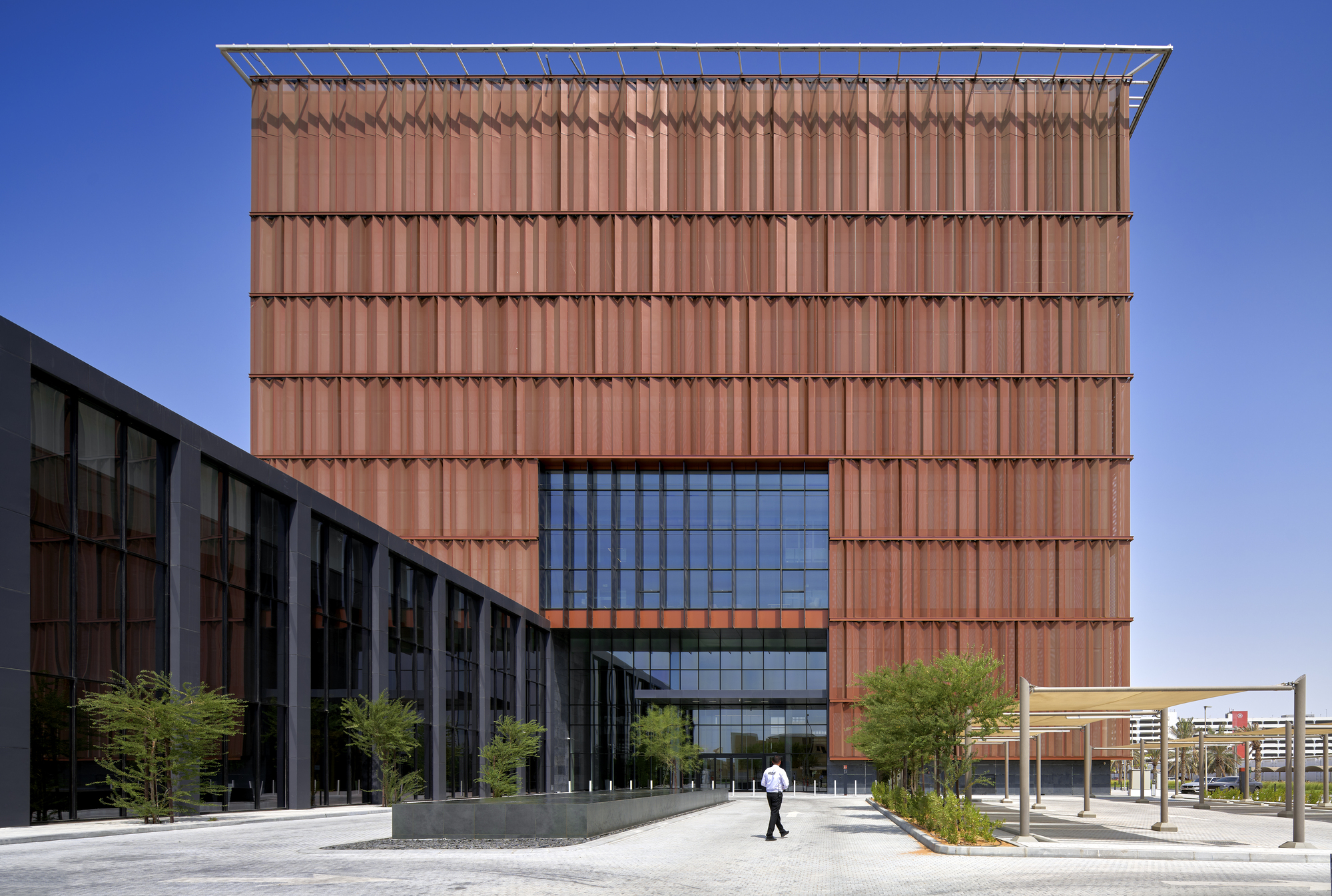 Text description provided by the architects. Established in Abu Dhabi, right at the heart of the city’s diplomatic district, this facility was conceived to support the country’s Foreign Affairs Ministry through the education of young diplomats and government leaders. Rooted in Arab tradition and culture, an introverted building was created, with the play of outer opacity and internal transparency serving as a major motif. Diplomacy requires an openness to the world. This characteristic has been expressed through the large, welcoming glazed portals on either side of the opaque cubic form, as well as the proliferation of communal and collaborative spaces, and the site’s borderless integration into its surroundings.

The building’s envelope has been designed to combat the harsh elements of the regional climate, while also representing the nation’s strength. The simplicity of form can be seen in the cubic mass housing of both classrooms and offices for staff and faculty. Three portions of the mass extend outward, continuing the solidarity of the building’s shape.

Concerns of sustainability are addressed via the double skin façade. A high-performance glazing system acts as the first defense against solar heat gain, doubled by an outer skin of perforated aluminum screens. These panels diffuse sunlight throughout the interior, without obstructing views. Each side of the building is encapsulated by different panel fold patterns, creating a unique rhythm of shadow and light that evolves throughout the day.

Entry finds a central atrium that is expansive and well-lit, connecting every level. Wood-clad staircases wrap around the perimeter, encouraging movement. The main staircase widens near the student lounge to accommodate open gatherings. In the main auditorium, lighting, color, and texture all draw the eye toward the speaker’s stage.

12 Architecture Events to Pay Attention to in 2023