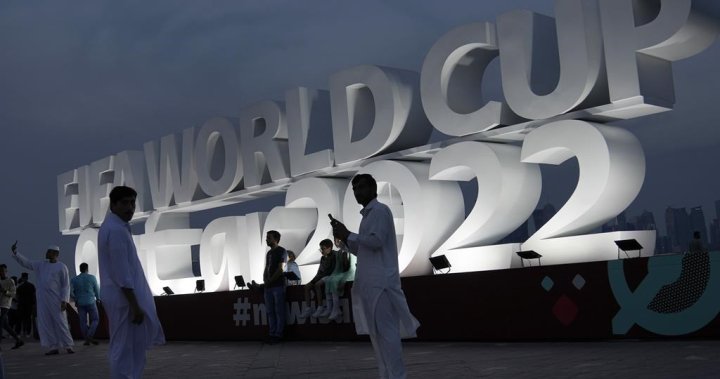 Amnesty International has lambasted Canada Soccer for shying away from addressing the “serious, widespread harms experienced by those who made this World Cup a reality” in Qatar.

In an open letter to Canada Soccer, Amnesty congratulated the Canadian governing body “for fielding a squad whose thrilling play and rich cultural diversity has already ignited the imagination of the next generation of Canadian sports leaders.”

“Your organization’s deafening silence on fair compensation for affected migrant workers and their families is a failure of leadership and could leave a lasting stain on Canada’s re-emergence on soccer’s biggest stage,” wrote Nivyabandi.

Amnesty said it has documented that thousands of workers, predominantly from South Asia, Southeast Asia and Africa, “have been subjected to labour abuses, abysmally low pay, and other exploitation.”

“Despite recent changes to Qatari labour law, migrant workers still experience delayed or unpaid wages, denial of rest days, unsafe working conditions, barriers to changing jobs, and limited access to justice. On top of the country’s labour record, homosexuality is outlawed in Qatar – for example, sexual acts between men are punishable by a prison sentence of up to seven years – and Qatari law continues to treat women as second-class citizens in employment, education, and health care.

1:55
Calgary soccer fan who worked on Qatar World Cup committee ready for trip of a lifetime


Canada Soccer issued a statement last month saying it supported “the ongoing pursuit of further progress regarding workers’ rights and inclusivity as Qatar prepares to host the world.”

“While strides have been made in strengthening protections for workers through the Qatar government’s labour reforms, we encourage all partners to continue the dialogue ensuring these reforms translate to tangible improvement in protections for workers’ rights and inclusivity across the country beyond the FIFA World Cup Qatar 2022,” the Canada Soccer statement said.

“We believe that a legacy of this tournament should be to inspire and encourage further improvements in this area, not just in Qatar but across the entire region.”

Canada Soccer said it met with the Canadian Embassy in Doha in Qatar in April, July and September this year, in addition to meeting and hearing presentations from both the International Labour Organization and Amnesty International.

“Through our ongoing dialogue in recent months, it is our understanding that Qatar’s legal reforms, if fully implemented, have the potential to have a real impact and further improve protections for workers’ rights across the country,” the Canada Soccer statement said. “We encourage all partners to continue their efforts to implement recent labour reforms and continue to address and resolve past labour abuses.”

“Canada Soccer has apparently failed to follow up, raising questions about your stated commitment to upholding Canada’s ‘global reputation as a defender of human and LGBTQ2S rights,”’ it said in the open letter.

Amnesty urged Canada Soccer, before the Canadian men take the field Wednesday against Belgium, to join the joint call by Amnesty International, Human Rights Watch, and FairSquare Projects, a non-profit human rights organization, for FIFA to to create a US$440-million Workers Compensation Fund for labourers and families “who suffered harms in the lead-up to the Qatar World Cup.”

It also asked Canada Soccer to commit to meeting with Amnesty representatives in the next 30 days to discuss “our concerns about Canada Soccer’s response to human rights violations connected to the Qatar World Cup” and “start developing an action plan that would see Canada Soccer emerge as a leader in the field of sports and human rights ahead of the 2026 FIFA World Cup, which Canada will co-host.”

“Leadership requires more than treating workers’ rights as a procedural ‘box to be ticked.’ Fortunately, it is not too late for Canada Soccer to step out from the sidelines, join other international teams on the human rights field, and become the global player it asserts it is.”


Canada Soccer did not immediately respond to a request for comment on the Amnesty letter.

Sheikh Tamim bin Hamad Al Thani, Qatar’s emir, said on Oct. 25 that Qatar has been “subjected to an unprecedented campaign that no host country has ever faced.”

On Saturday, FIFA president Gianni Infantino defended Qatar’s immigration policy and praised the government for bringing in migrants to work.

Dwayne Johnson Buys All The Snickers At A Convenience Store In Hawaii; Here’s Why