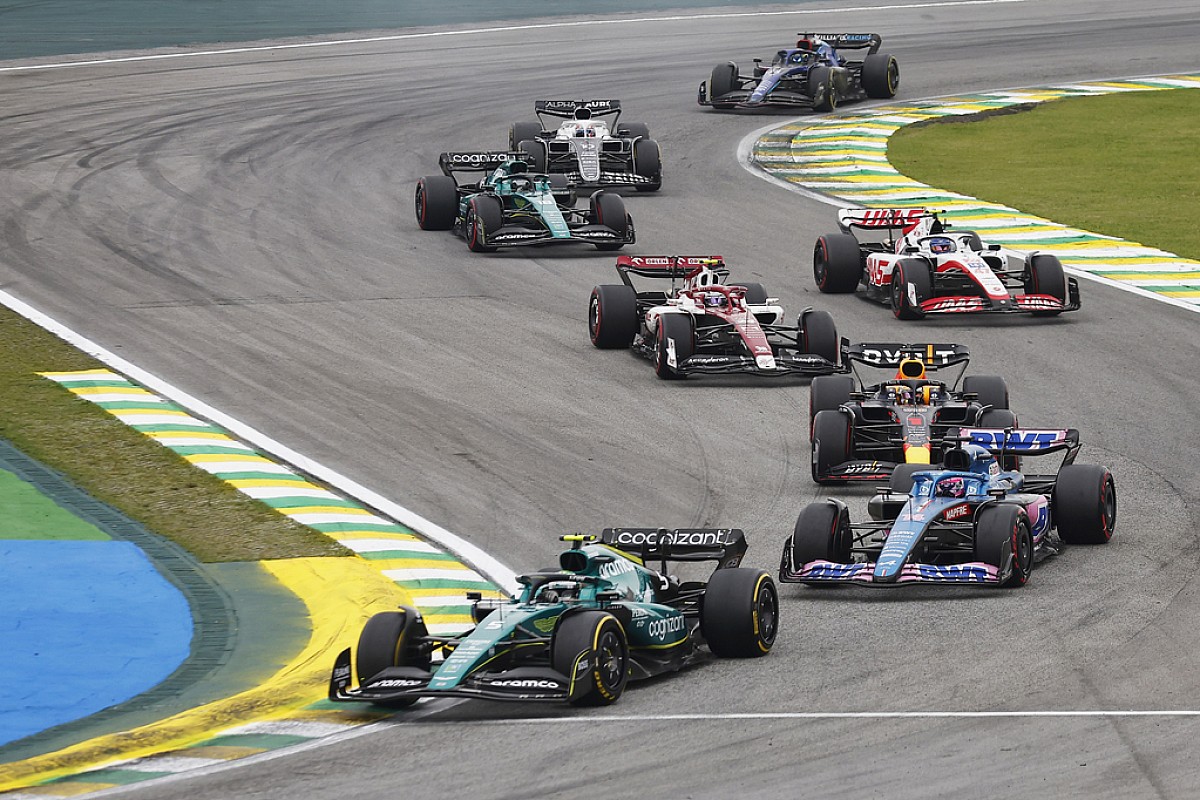 After two campaigns with Alpine following his F1 comeback at the start of 2021, Alonso is switching to Aston Martin for next year after signing a long-term deal.

As part of an arrangement among several teams for them to try their new 2023 drivers in the Abu Dhabi test after the F1 finale, Alonso has been released by Alpine and is scheduled to get a day’s running with Aston Martin.

And while the run will not give him much indication of what’s to come from the team’s AMR23, the day will bring benefits to help him hit the ground running when the 2023 challenger does run for the first time.

“It is important,” he said about the test. “Performance-wise, it will not be important, because the car will be very different next year for everyone.

“But in terms of comfort, seat, steering wheel, the buttons, things that I would love to maybe change and get into my tailor-made everything, it will be nice to have a day in the car. So I’m looking forward.”

Aston Martin has shown some promising signs of progress in recent races, although it did suffer a lacklustre weekend in Mexico where its car did not suit the track and altitude.

Alonso has said he welcomes the fact the team appears to be moving forward but reckons there will be no real satisfaction until it is at the front of the grid.

“I don’t think that anyone in Aston Martin is this year looking at the results so much,” he said.

“It’s good to see some improvement, but I think Aston Martin is not here to finish fifth or sixth or fourth in the constructors’ championship. It’s here to win the world championship, and that’s what we’ll try to do in 2023 and 2024.”

Alonso thinks one factor that he hopes goes his way next year is luck, with him reckoning he has lost around 60 points this season through poor reliability and misfortune at Alpine.

“I think after 2022, I will have a massive luck next year on everything,” he said. “It has been amazing this year.

“I know there were a lot of talks after Mexico, five DNFs this year with engine issues, but there are another four races that I finished all without battery, or the car didn’t start in Austria, or I lost one wheel in the pit stop.

“So it was amazing: 20 races, to have problems in nine or something. It’s nearly 50 percent of the races.”