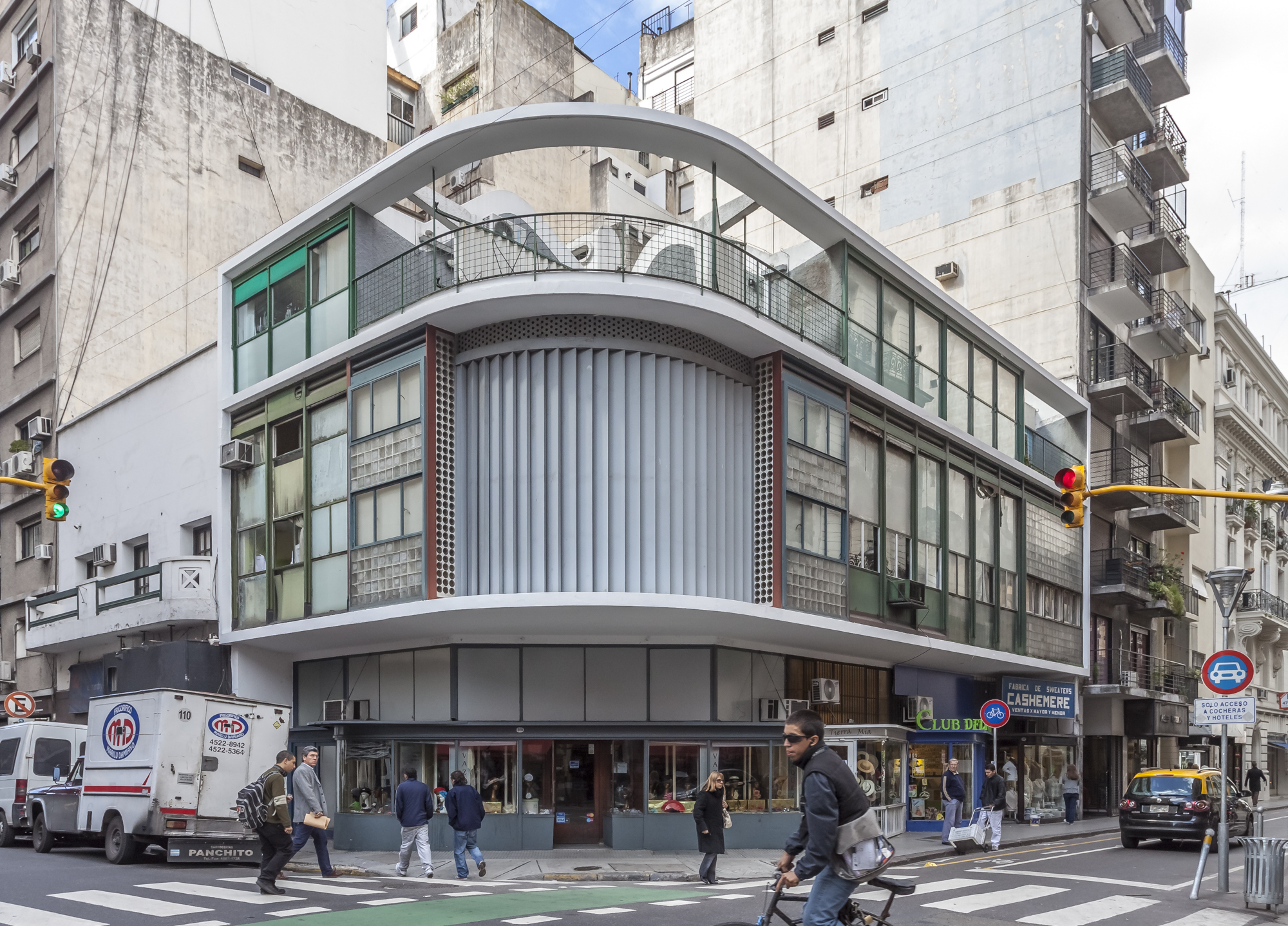 The building on the corner of Suipacha and Paraguay Streets in the city of Buenos Aires, designed by the Spanish architect Antonio Bonet, established from its realization the basis to begin certain reflections on international modern architecture in the Argentinian context of the 1930s.

The process of creating the house of studies for artists is related to the Austral Group, of which the architect was a member, and how they understood and interpreted Le Corbusier’s postulates, being considered the only legitimate delegation of the CIAM in Argentina. This work is, then, the first attempt to build in the city following his propositions.

In the Argentinian context, the conformation of Buenos Aires -a product of the legal, economic and traditional framework- established the grid and the regulations as the main elements that would condition modern architecture built throughout the 1930s. The work is not exempt from these conditions, and the response to the insertion in the checkerboard is emphasized by the way the building takes the curve of the corner and how this action is highlighted by the continuous cornice of the garden terrace. In addition, the continuity of height with that of the neighboring buildings demonstrates a positive disposition with respect to the conformation of the traditional block.

The building, completed in 1938, has 4 commercial spaces located on the street level and 7 studio apartments, which can be entered from the second floor and then access from each of them to a mezzanine, designed as a rest area.

As the text “The southern network: works and projects of Le Corbusier and his disciples in Argentina (1924-1965)” by Liernur and Pschepiurca points out, the authors of the work began to establish certain issues around Le Corbusier’s postulates; despite incorporating the theme of the roof-garden as an area for meetings and dispersion, the first floor is metaphorically free as it is occupied by stores.

The materiality of the ensemble also seems to be a reflection of the ideas that revolved around industrialization and that brings into play a concern about the standardization of the constructive elements. A considerable variety of materials can be appreciated in its façade, including different types of steel: profiles, bent or perforated sheets, and different types of glass: circular and square, transparent or translucent. The different material components of the building establish the logic of the industry but begin to evidence that there is a change of meanings and values about Le Corbusier’s considerations.

The interpretation of modern architecture by Bonet, Vera Barros, and López Chas introduces certain innovations and thoughts that may comply with the slogans of the movement, but they introduce other new factors: the Argentinian context. The building is evidence of how Le Corbusier’s ideas made it possible to generate different ways of proceeding in the Rio de la Plata area, characterized by the heterogeneity of its inhabitants and customs. There is a certain “appropriate modernity”, where the requisition of the contemporary does not renounce to the local imprints, being in this case the city that was being consolidated.

Since August 2002, the Study House for Artists is listed with structural protection level in the Urban Planning Code of Buenos Aires, and as of April 2008 it was declared with National Architectural Historic Interest by the National Congress, since we can conceive the work as an Argentinian reflection within the argument of modern architecture.