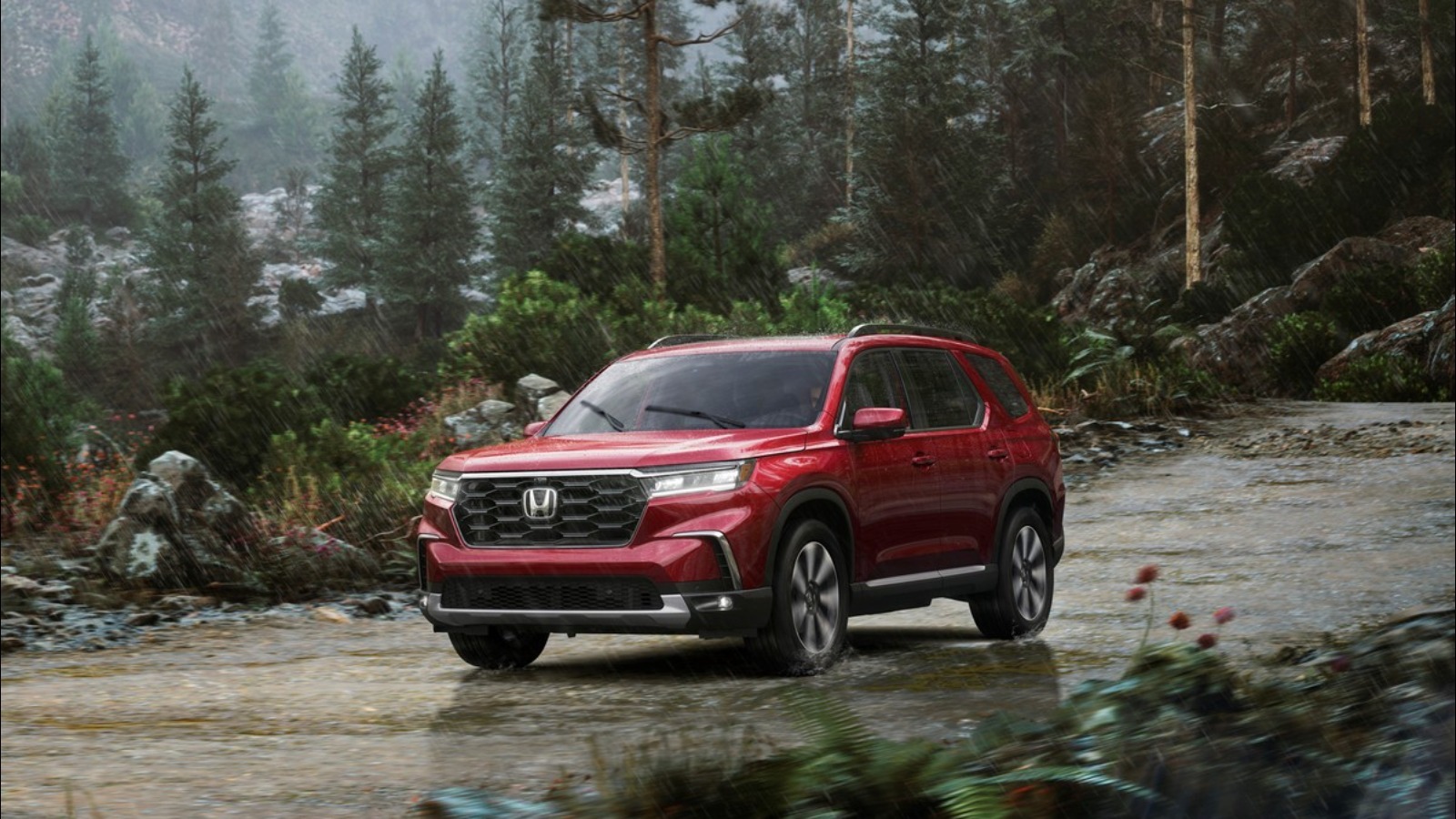 On November 22, 2022, Honda announced the pricing and details of the 2023 Pilot, which the company pitches as America’s rugged family SUV. The new Pilot, starting at a base price of $39,150 for the FWD Sport trim, and topping out at $53,325 for the Elite AWD model, comes equipped with an all-new 3.5-liter V6, which produces 285 horsepower at 6,100 rpm — slightly up from the 2022 model year’s 280 horsepower at 6,000 rpm. The transmission and suspension have also been updated, featuring a ten-speed automatic transmission as opposed to the nine-speed automatic in the 2022 model, as well as an extra inch of suspension travel in the TrailSport trim, and standard Hill Descent Control for greater off-road capability. The efficiency of the new engine seems about the same, though, with a claimed 20 to 22 mpg combined consumption for the 2023 model, compared to the 21 to 23 mpg claimed consumption numbers for the 2022 model.

Of course, the Pilot received updates to the technology, interior, and looks departments as well. For starters, the bodywork of the new Pilot is bulkier, ditching the aerodynamic looks of the previous models for style points, while the interior brings forward all of the creature comforts of previous models, although the specific interior equipment depends on each trim level. If you’re interested in a three-row SUV that’s a little more capable than most, the 2023 Honda Pilot will be available at dealerships in December 2022.